Peppy Punjabi Number ‘Playboy’ Released: Kumma Records on Wednesday launched a Punjabi peppy number, ‘Playboy’, sung by Mr Beast, a Champion in Body Building and also a participant of Bigg Boss 11, besides having acted in a Tamil movie Umai, as a villain in 2014. 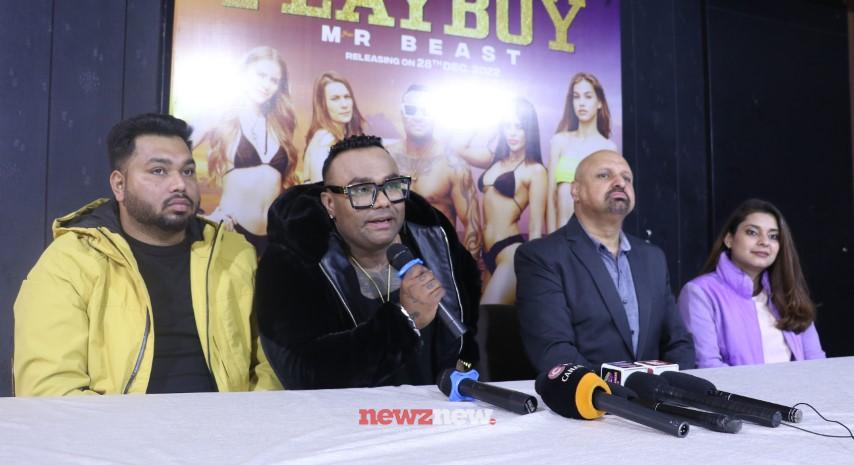 The theme of the song is how social media has changed the dynamics of Indian culture and how people are becoming more westernised. Kumma Records is promoted by Mr Karamjit Singh Deol, a US citizen who migrated to USA from Ludhiana, Punjab, India at an early age to establish himself as a successful businessman.

Lyrics of the song have been given by Daljit Chitti, while music is by Silver Coin and the song producer is Karamjit Singh Deol. The event was organised by Shriyan Creatives.

Soon after the launch Mr. Singh said, “Seeing the innate singing aptitude amongst the Punjabi youth who are bereft of their talent due to high expenses demanded by the Music companies, we have created a platform through Kumma Records to launch them on a good platform and to showcase their talent globally. All the upcoming compositions are being recorded with the most modern technologies and established music fraternity, and are being video graphed at exquisite locations, mostly abroad”, adding that has plans to conduct massive live shows globally in the future also with the successful launches of music.

Mr. Beast while speaking on the occasion thanked Kumma Records for having given him the opportunity to come out with the number, which aptly brings out the impact of social media on the young generation. “I am delighted to launch this song and I am sure music lovers will also love listening to it. The song is peppy, yet has a deep message hidden in it”, he added.