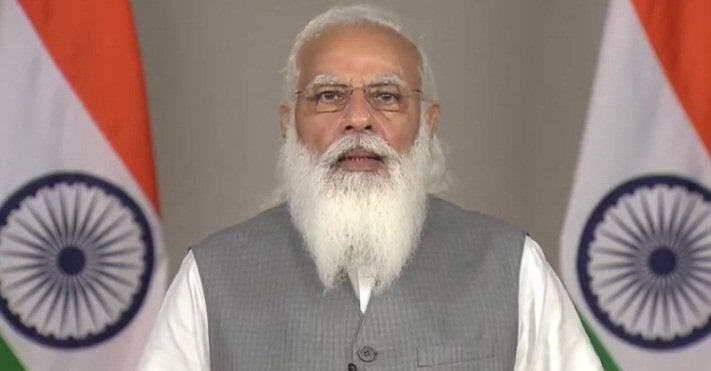 In a tragic accident in Gujarat’s Anand district on Wednesday, a car collided head on with an oncoming truck killing nine members of a family, including 2 kids.

PMO tweeted, “Saddened by the loss of lives due to a road accident in Anand district in Gujarat. Condolences to those who lost their near and dear ones. An ex-gratia of Rs 2 lakh each from PMNRF would be provided to the next of kin of those deceased: PM @narendramodi”

President Ram Nath Kovind has also expressed his grief over the tragic incident that took place in Anand. On his Twitter handle, the president has said, “I am deeply pained by the news of deaths of many from a single family, including women and children in a road accident in Anand. My deep feelings for the grieving family.”

“The entire Ajmeri family is from Bhavnagar and were returning from Surat,” said one of the relatives of the family who rushed to the spot.

As soon as the accident happened, the local police and the 108 emergency services ambulance reached the spot.

The official informed that both the driver and the cleaner of the truck fled from the spot after the accident. The police has registered a case and is investigating the matter.

According to the police, the truck is having registration of neighbouring state, Madhya Pradesh.

Gujarat chief minister Vijay Rupani has offered his condolences to the victims’ families and assured appropriate compensation for the kin. He had a telephonic conversation with the Anand district officials and instructed them for appropriate action.

Shah tweeted, “I am terribly disturbed by the news of the tragic accident at Tarapur highway in Anand. The news of eleven of a single family losing their lives in this accident can shake anybody. God may bless the victims’ soul and give strength to the bereaved family members. Om Shanti Shanti…”