Pollywood Directory 2021-22 Released: Proper Information and Networking plays a vital role in succeeding in any field. One can never succeed without these. 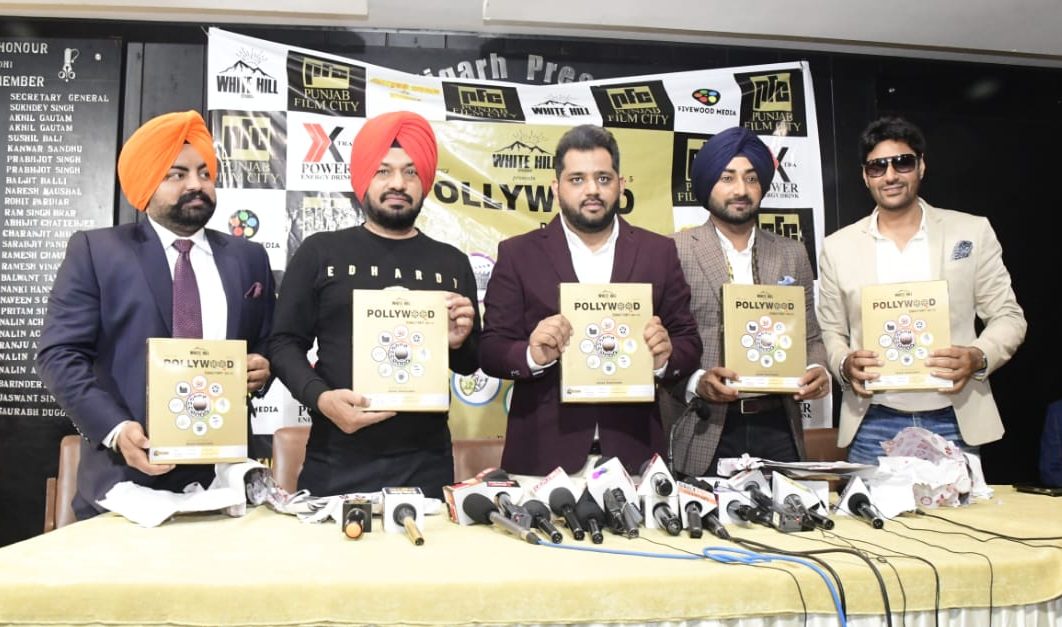 Keeping such fact in mind, film promoter and writer Sapan Manchanda has taken initiative to provide an informational telephonic directory that will work no less than a roadmap for a newcomer. This informational telephonic directory has been released today here at Chandigarh Press Club in the presence of renowned singer and actor Harbhajan Maan, Ranjit Bawa, and Comedian and Actor Gurpreet Ghuggi.

Apart from these, the President of film city Ikbal Cheema was also present along with several celebrities to grace the occasion.

The Press Conference begins with the words of Sapan Manchanda who said that his team works day and night to and fro to release the Pollywood directory after every two years. But this time I feel immense pleasure to announce that we have grown in our work and this 5th edition of this directory contains several significant topics.

The year 2021-22 edition of this directory not only contains the information about people situated in the entertainment industry along with their faces but also contains information about films released during the year 1935 to 2020. Several important topics like the filmmaking process, how the film budget is made, the number of multiplexes situated in North India, and awards are given to celebrities are also covered.

At the same time, Gurpreet Ghuggi added, “Punjabi film industry has grown a lot during the present time. Which also welcomed many new faces in the industry. Though this directory is no less than a roadmap for all of them. Also, important historical information related to the film industry of Punjab makes our industry more rigid.”

Singer and Actor Harbhajan Maan said Sapan Manchanda’s initiative is much appreciable. This directory is a solution to many questions. Moreover, historical information about movies is a cherry on the cake for this directory.

Singer and Actor Ranjit Bawa continued by saying that it is a gift to the music and film industry which is having worth in crores these days. It requires great effort to assemble all the data and arrange it category-wise accordingly. I appreciate Sapan for such a great initiative.

Ikbal Cheema added, Punjabi film industry is nowadays no more limited to Punjab or Punjabi people. It is important in various regional cinemas and even Bollywood has started recognizing our industry. This is the only reason why web series, digital films, and Tv serials are being added to the cart of the Punjabi Entertainment Industry.