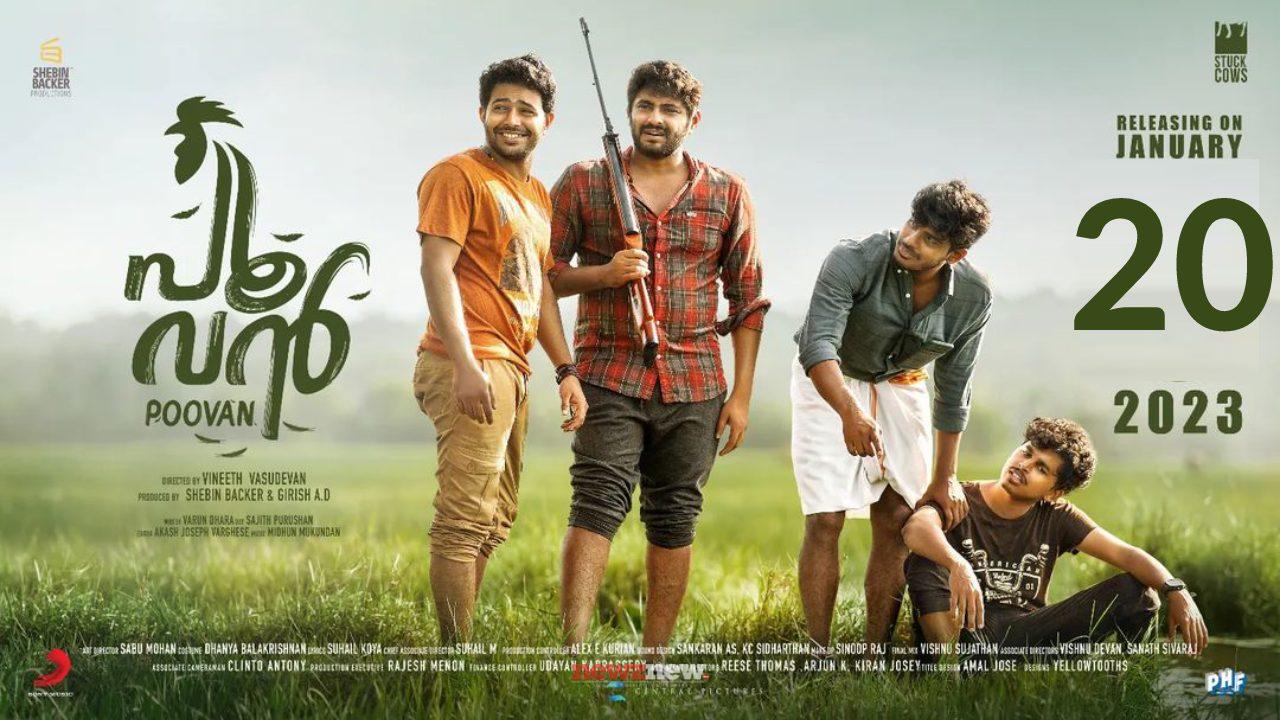 While editor Akash Joseph Varghese works on the cut and trim part. Poovan Malayalam movie is slated to release on January 20, 2023.

Here is the complete cast of Malayalam movie Poovan 2023,

An announcement of the Poovan movie ott release date and streaming platform will be finalized after the successive theatrical release.