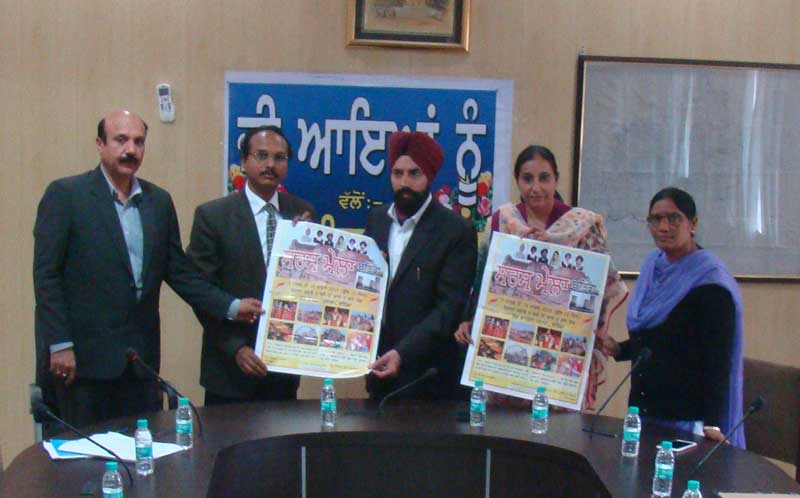 Releasing the poster the divisional deputy director Mrs Maluka said that SARAS mela will exhibit the best of Indian handicraft and would provide the artisans a platform to sell their creations. Addressing the Block Development and Panchayat Officers from Bathinda, Mansa, Sri Muktsar Sahib, Ferozepur, Faridkot, Fazilka and Barnala she said that they should make announcements in respective villages and people about this fair so that maximum number of people can enjoy it.

All the BDPOs were distributed posters and a copy of the announcement CDs. Speaking at the event, the chairman zila parishad Bathinda Mr Gurpreet Singh Maluka said that the SARAS Mela is being held at Rose Garden Plaza, near Rose Garden. He said that large scale arrangements were being made to provide lodging and food facilities for the artisans of various states and the security and other arrangements for people visiting mela.

Brijesh Luthra debuts with a Scintilating Sci-Fi book for Kids – The Great Moto-Matic...

VR Punjab’s ‘Women Wednesday’ the Answer to what Women want

Why Online Games Are Popular in India: The world is moving from the physical and manual process of operation to the digital option, and...

Students have a Rocking time at Satluj’s Galactica