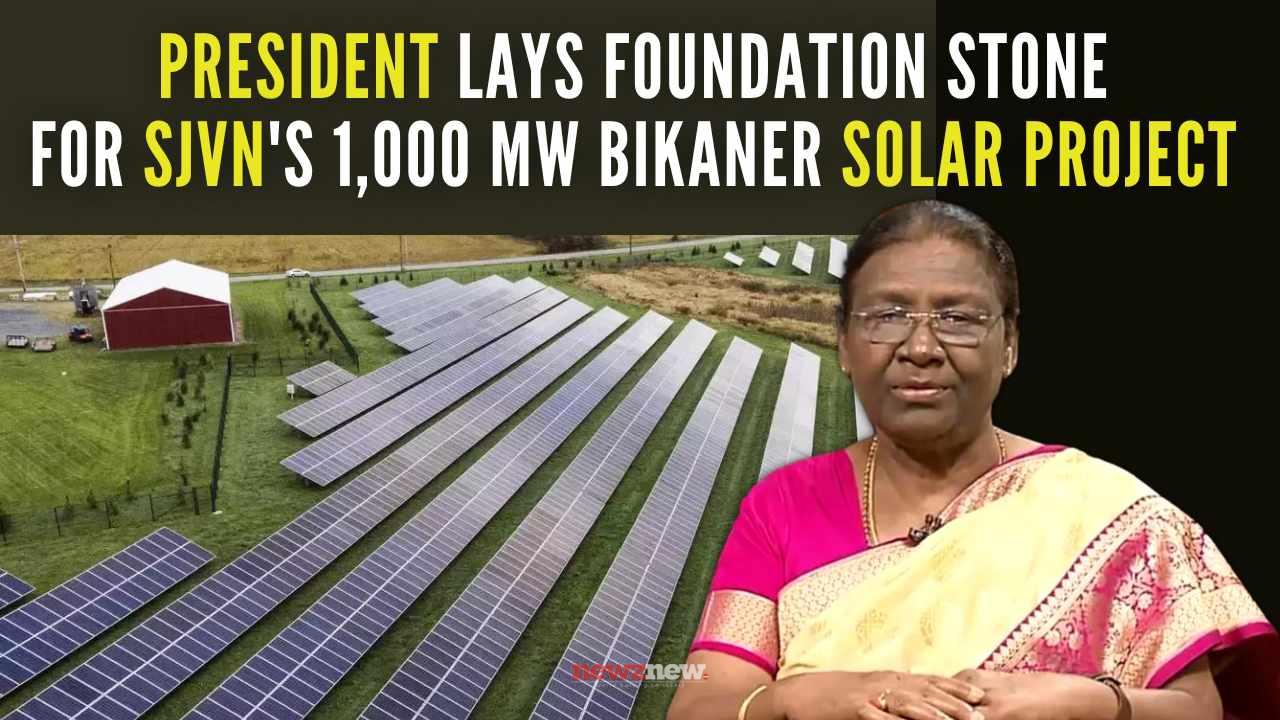 The historic occasion was graced by Hon’ble Governor of Rajasthan Sh. Kalraj Mishra and Hon’ble Chief Minister of Rajasthan Sh. Ashok Gehlot. This Project is being implemented by SJVN Limited through its wholly owned subsidiary SJVN Green Energy Limited (SGEL).

Sh. Nand Lal Sharma, Chairman & Managing Director, SJVN apprised that the project is being developed on 5000 Acres on outright purchased land near village Banderwala, district Bikaner of Rajasthan which is one of the highest solar yield areas of the country. Development cost of the project is Rs 5492 Crores and Viability Gap Funding support of Rs. 44.72 lakh per megawatt for this Project is being done by IREDA. The project is scheduled to be commissioned by March 2024.
After commissioning this project will generate 2454.55 million units in first year and approximately यू56838 MU would be generated on cumulative basis over a period of 25 years. The maximum usage charges have been fixed at Rs. 2.57 per unit, which will help in providing cheaper electricity to the consumers.
Sh. Sharma informed that it is a matter of great honor that the Foundation Stone of SJVN’s largest Solar Project has been laid by the Hon’ble President of India and commissioning of this Project would help in achieving Government of India’s Renewable target of 500 GW by 2030. Usage of domestically manufactured Solar Photovoltaic Cells and modules shall give push to Make in India Drive. Besides adding valuable renewable energy to the Grid, the project would also lead to reduction in Carbon Emission of 27,85,077 tons.
Sh. Sharma further stated that the project will generate direct and indirect employment to approximately 150-200 and 800-1000 persons respectively. This would also help in stimulating local economy, creating green jobs and overall development of the region.
SJVN has bagged this 1000 MW Bikaner Solar Power Project under Central Public Sector Undertaking Scheme Phase-II, Tranche-III (Government Producer Scheme) through competitive bidding. The power generated by the project shall be for self-use or use by Government/Government entities, either directly or through Distribution Companies (DISCOMS).
SJVN, a leading power CPSE under Ministry of Power, Govt of India has total project portfolio of around 45000 MW and is developing 73 Hydro, Solar, Wind & Thermal projects in 13 states of India and in Nepal. The company is aspiring for remarkable growth and has set Shared Vision of being 5000 MW by 2023-24, 25000 MW by 2030 & 50000 MW Company by 2040.
Also Read :   Ashmah International School organized fun and frolic on last day of the Session

ABI.Delhi-NCR to organize an exclusive event for women in technology