A countrywide education campaign to combat wrong education policies has been announced by National President of National Independent Schools Alliance (NISA), Sh. Kulbhushan Sharma. In this regard, a protest is being held in Delhi’s Ramlila Ground on April 7 to bring the voice of private schools to the government against the RTE discrepancies and wrong education policy. In this protest, more than 1 lakh school operators, principals and teachers will get involved across the country. Central Government as well as State Government also wants to close the private schools by forming new rules, but private schools have decided to oppose the wrong policies of the government. 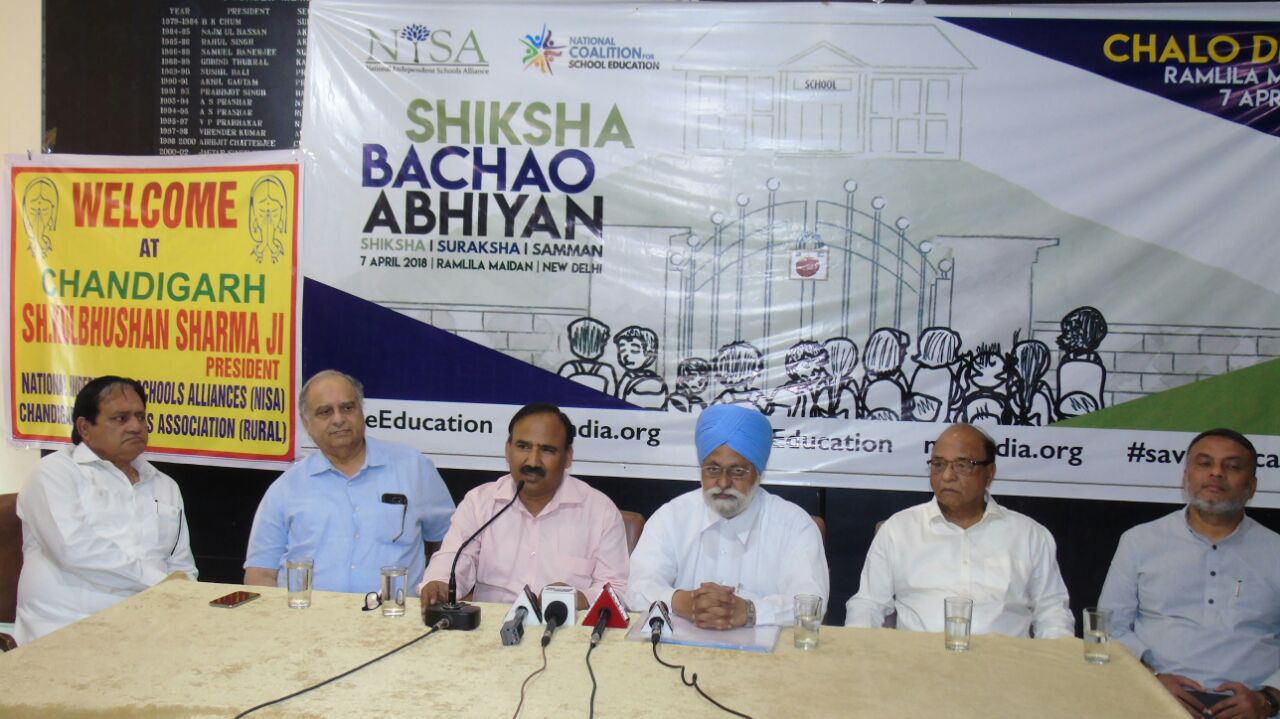 Kulbhushan Sharma said that atmosphere of fear is being created in the field of education due to wrong policies of Govt. All the students, teachers are living in the atmosphere of fear, which is affecting the quality & level of education. He said that Right to Education act was implemented with the objective of solving problems in field of education but on the other hand it has created a lot of new issues. Nobody is interested for admission in Govt. schools while the govt. not want to let run private schools. Our demand is that govt. should provide DBT vouchers to students so that they could learn in the school of their own choice.

Kulbhushan Sharma said that either it is Punjab or it is Haryana, Reimbursement is not being provided for providing free education to Childs under RTE. Moreover, Haryana Govt. stating education policy rule 134 a, is pressurising the private schools for providing free education to students, but reimbursement is not being provided even after 3 years. At the same time it is well planned game of government to make tussle between parents and the school operators. Also the assurance given by education minister to implement voucher system has not been implemented. He said that school management and principle are made accused in case of road accidents. The situation has been deeper up to this extent that daughters working as principals in schools are now feeling insecure. Likewise, teachers are afraid to teach children as they do not know, as to when they could be made responsible for any police complaint. sh. Kulbhushan Sharma said that all such issues will be raised in the protest.

He said that the RTE implemented in 2009 for a good cause has been proved disruptive now and has worked to create dilemma in the mind rather than working on bringing schools, parents, students, media and civil society together.

Similarly President Haryana State School Organisation Sh. Satyvaan Kundu raised the issue for amendment in rules 2003 which results in some schools for getting recognitin which are in operation since 2003. Kundu appealed that Govt. should give recognitin to all schools without any condition as these schools are educating the children’s. He said that govt. should consider level and quality of education for recognitin rather than condition of building and play grounds.