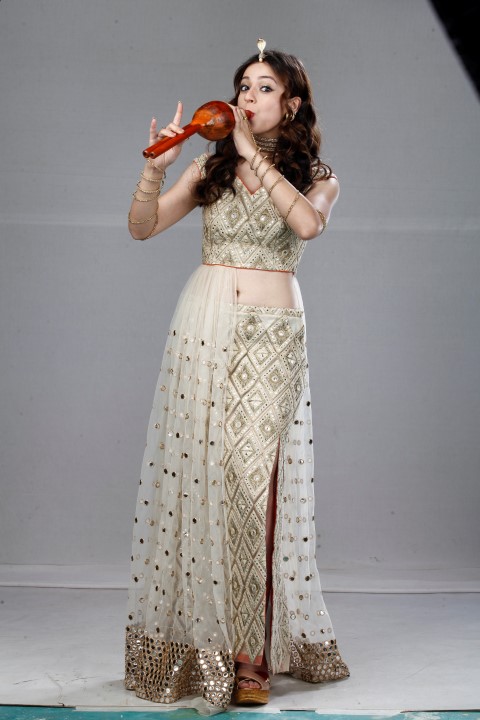 NewZNew (Chandigarh) : Priyal Gor who will be seen playing a naagin in SAB TVs upcoming show Iccha Pyaari Naagin will be sporting a very different look for this show. The young actress will be seen as a modern shape shifting snake who has come down on Earth to change the perception of of Icchadhari naags and naagins. Iccha (Priyal Gor) will leave Naagistan and come to Earth on a mission as her people think that we humans have created a bad image of snakes.

Priyal Gor who will be seen as Iccha in SAB TVs Iccha Pyaari Naagin said, “Iccha is a pyaari naagin and very unlike the typical naagins. So my look on the show is also very simple and sweet.  I am wearing a very unique and different attire, because it has to look convincing. So I will be seen in a light colored lehenga and lots of matching accessories to go with it. I hope that the audiences will love my new look on the show as it is very different.”