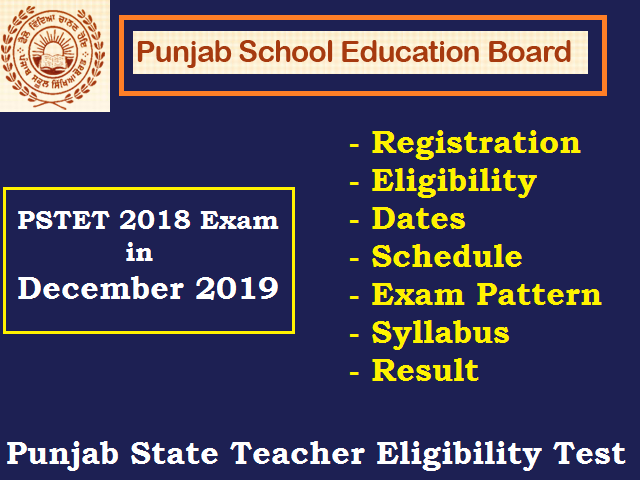 PSTET 2019-20 Result declared @ pstet.net. Punjab School Education Board (PSEB) has announced the PSTET 2018 Result of the exam held on 19th January. The PSTET Answer Key PDF was released earlier by the PSEB for candidates to raise objections. Check here PSTET 2020 Result details, Answer Key PDF, Passing Marks, Important Dates of the Punjab State Teacher Eligibility Test (PSTET ). PSTET Exam was held on 19th January and was organised by the PSEB under the guidance of the State Council of Educational Research and Training (SCERT), Punjab.