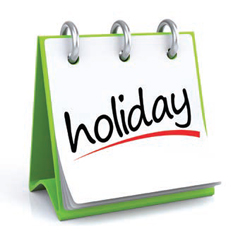 NewZNew (Chandigarh) : To enable the workers working in factories and shops & commercial establishments situated in Punjab to exercise their democratic right in the general elections of Six Municipal Corporation Labour Department Punjab has declared February 22, 2015 as weekly paid holiday in the state.

Disclosing this here a spokesperson of the department said that it would be a paid holiday within the municipal limits of 6 municipal corporation namely Pathankot, Phagwara (Kapurthala), Hoshiarpur, Bhatinda, Moga, S.A.S.Nagar Mohali) and two wards (8 and 46) of Municipal Corporation Patiala and one ward (49) of Municipal  Corporation Jalandhar.

According to a separate notification February 22 would also be the weekly paid holiday for all factories, shops and commercial establishments where Sunday is not observed as weekly off within the state in lieu of their normal weekly holiday