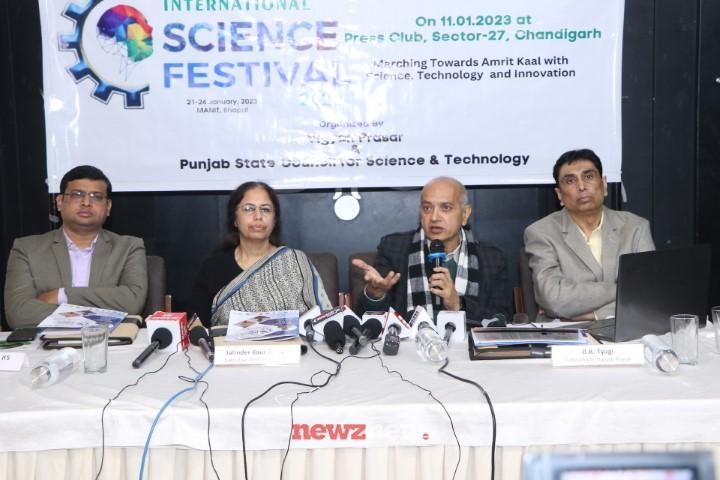 It is organized every year by the Ministry of Science & Technology, Govt. of India in collaboration with other relevant Central Govt. Ministries since 2015.  This year, IISF is being organized at Bhopal from January 21-24, 2023 to celebrate and showcase the country’s strengths and achievements in science, technology and innovation.

Dr. Nakul Parashar, Director, Vigyan Prasar informed that the theme of the festival is ‘Marching Towards ‘Amrit Kaal with Science Technology & Innovation’. He further said that celebrating IISF during India’s presidency of G20 Summit gives an additional edge to showcase Indian scientific accomplishments at global level.   The activities during the festival will foster the global theme of G20 –‘One Earth, One Family, One Future’.

Dr. Manish Kumar, IFS, Director, Directorate of Environment and Climate Change exhorted that inculcation of scientific temper among masses ensures wholehearted participation of people from all walks of life in sustainable development of the nation as well as the States.  Hence, various sessions of IISF have been well planned to ensure large scale participation from all cross sections of society.

Private schools will hold a protest rally at Ramlila Ground on...