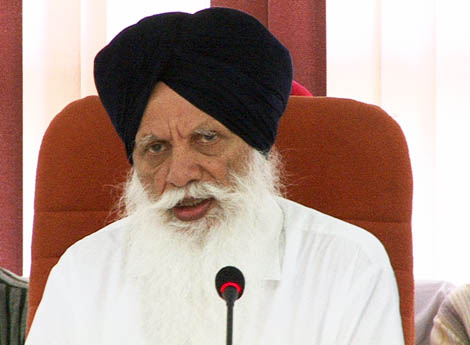 NewZNew (Chandigarh) : The Punjab government is all set to hold  second and third phases of NRI Sangat Darshans at Jalandhar and Ludhiana after successful culmination of Sangat Darshan at Moga in last week of December.

Disclosing this here today Mr. Tota Singh  NRI Affairs Minister said  that Punjab is all set to host NRI Sangat Darshan in Jalandhar and Ludhiana on January 16 and 18 respectively. In the  NRI Sangat Darshan at Jalandhar  NRIs from Districts of Jalandhar, Kapurthala, Hoshiarpur, Amritsar, Tarntaran, Gurdaspur and Pathankot while NRIs from districts Ludhiana, Shaheed Bhagat Singh Nagar (NawanShahar), Patiala, Fatehgarh Sahib, Sangrur, Ropar and Ajitgarh (Mohali) would put forth their grievances in the Ludhiana sangat darshan.

He said that the main aim of these Sangat Darshans is to make direct interface with the NRI’s to solve their problems on the spot in the presence of the government top brass. In order to ensure on the spot solution of the problems faced by these NRI’s, the top brass of police and civil administration will be deployed at the venue of the functions, which is Whistling Woods Resort on Ferozepur Road, Ludhiana and Imperial Manor, Hoshiarpur Road, Jalandhar.