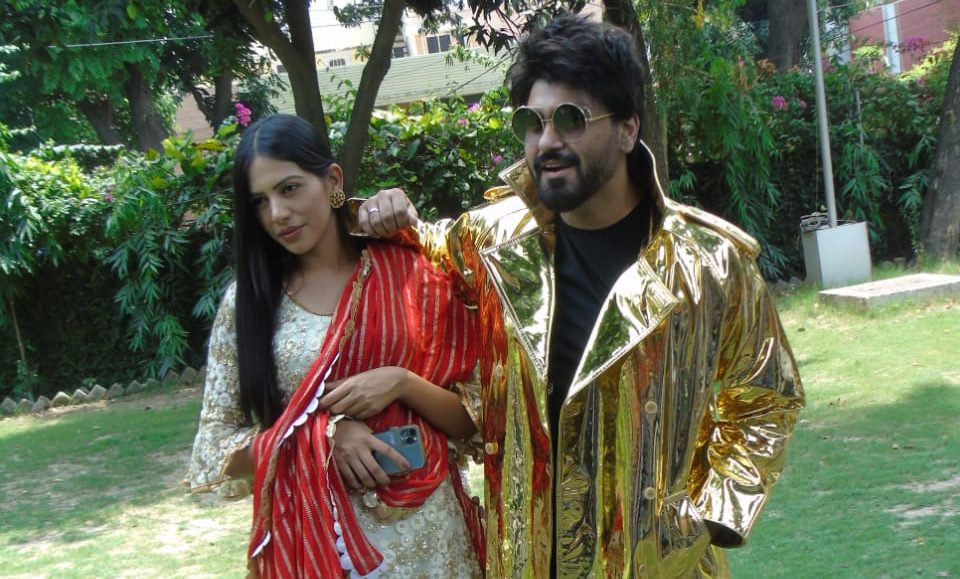 These words were uttered by renowned actor Arya Babbar here today. Who is the son of actor Raj Babbar.
He was here today to announce and release the poster of his new Punjabi film “Western Gawaiya”. Accompanied by Aarya Babbar, the film stars Manreet Saran, Nirmal Rishi, Malkit Rauni, Honey Albela, Deedar Sandhu, child actor Manraj Singh Sidhu, the film’s director Paramjit Singh, writer Rishi Malhi, producer Gurdial Singh Sidhu, Daljit Singh, Co-producers Deepakjot Singh, Satwant Singh Mann and Davinder Singh were present.
On this occasion the director of the film said that this film is a musical drama film, which will be very different from the usual Punjabi films. It will be shot at various locations across the UK. Producer Gurdial Singh Sidhu said that this is the third film under his banner “Alpine Motion Pictures”.
The film is being produced by him along with producers Daljit Singh, Deepakjot Singh, Satwant Singh Mann and Davinder Singh. His film will definitely entertain the audience. Talking about his film, Aarya Babbar said that he is playing the role of a madcap singer, who has no understanding of singing but he thinks that he is a great singer.
Even his friends who live with him always keep him in this superstition. Kashmir Singh Sangha will play the role of his friend.
This is the first time he has played such a role. The heroine of the film Manreet Saran said that she is happy to be a part of this wonderful film. The rest of the cast present on the occasion also lauded the subject matter of the film and said that now such unique films would be seen in Punjabi cinema.
Actor Malkit Rauni said that he has worked with this production house before. They know that this production house has a Punjabi audience and will get such entertaining films.
Also Read :   Steps to Add Google Analytics with WordPress

‘The Holympics’ Sports Fest to be held on May 4-5