Famous bollywood singer and rapper Raftaar is  going to perform live  and  rock the Delhi audience with his superhit songs on Thursday 31st August 2017 at sirifort auditorium at 7 P.M. onwards. He has become more popular with his industry name Raftaar which has been given to him for his extraordinary skills of rapping the song so fast that nobody matches his abilities. 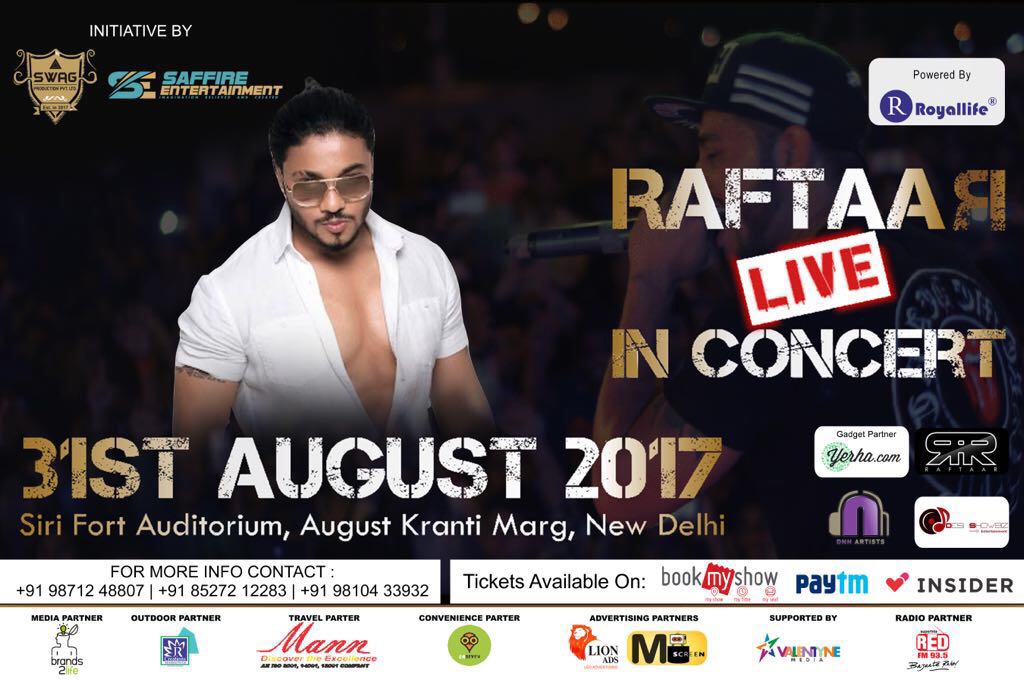 Raftaar initially started his career as a dancer named Max. Then he started work with Lil Golu and Ikka Singh into the world of rapping and singing, recording songs and uploading them on social sites. He then started working under Honey Singh and many others and now made his own ground and people are really crazy for his songs.

Join Newznew on Telegram
Also Read :   Mothers mesmerize with their fashion walks at ‘Mommy & Me’