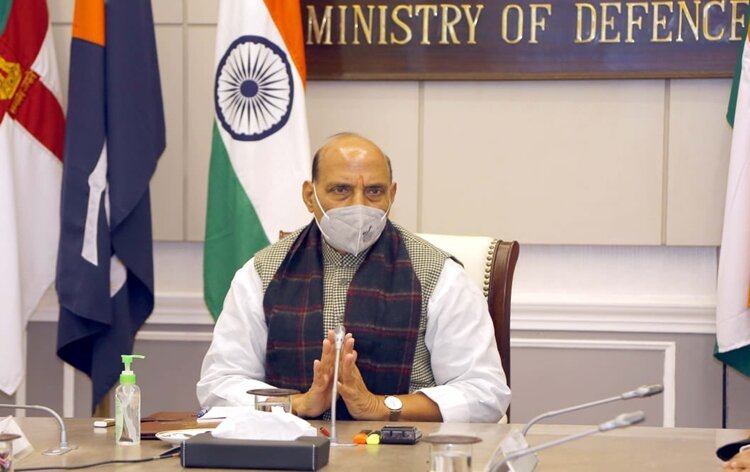 He will also review construction of indigenous aircraft carrier in Kochi.

Singh left New Delhi on a two day visit to Karwar and Kochi earlier in the day.

“Shall review the ongoing infrastructure development at Karwar and also the progress of construction of the Indigenous Aircraft Carrier (IAC) at Kochi. Looking forward to this visit,” tweeted Defence Minister before leaving for Karwar.

Both the projects are extremely critical for Indian Navy’s capabilities and strategy in future.

The Karwal base visit will give the defence minister a first hand update of the infrastructure project important for future operations on the western front.

The first phase of the naval base called Operation Seabird was completed in 2005 and the second phase started in 2011. A 3,000 feet long runway, docking space for 30 warships, hangars for aircraft are part of the Rs 19,000 core project spread over 11,000 acres of land.

At Kochi, he will review construction of the aircraft carrier INS Vikrant which has faced many delays since work started on it in 2009.

An additional aircraft carrier is key in wake of growing Chinese forays in the Indian Ocean Region. While INS Vikrant awaits completion even after 11 years since work on it started, China’s first indigenous carrier was commissioned in 2018 within 3 years of starting construction.

India currently has INS Vikaramditya as the only operational aircraft carrier while INS Vikrant is under construction and the Indian Navy has been pressing for the third one but faces resistance from the government and military planners.

Vikrant is in an advanced stage and is expected to sea trials soon and be fully ready by later 2022 or early 2023.

After Indian Navy’s aircraft carrier INS Virat was decommissioned it is left with one functional carrier.

On the other hand the Chinese Navy has two functional aircraft carriers with a third one expected to hit the seas soon but will take a while for it to be fully operational and a fourth one is also in the pipeline.