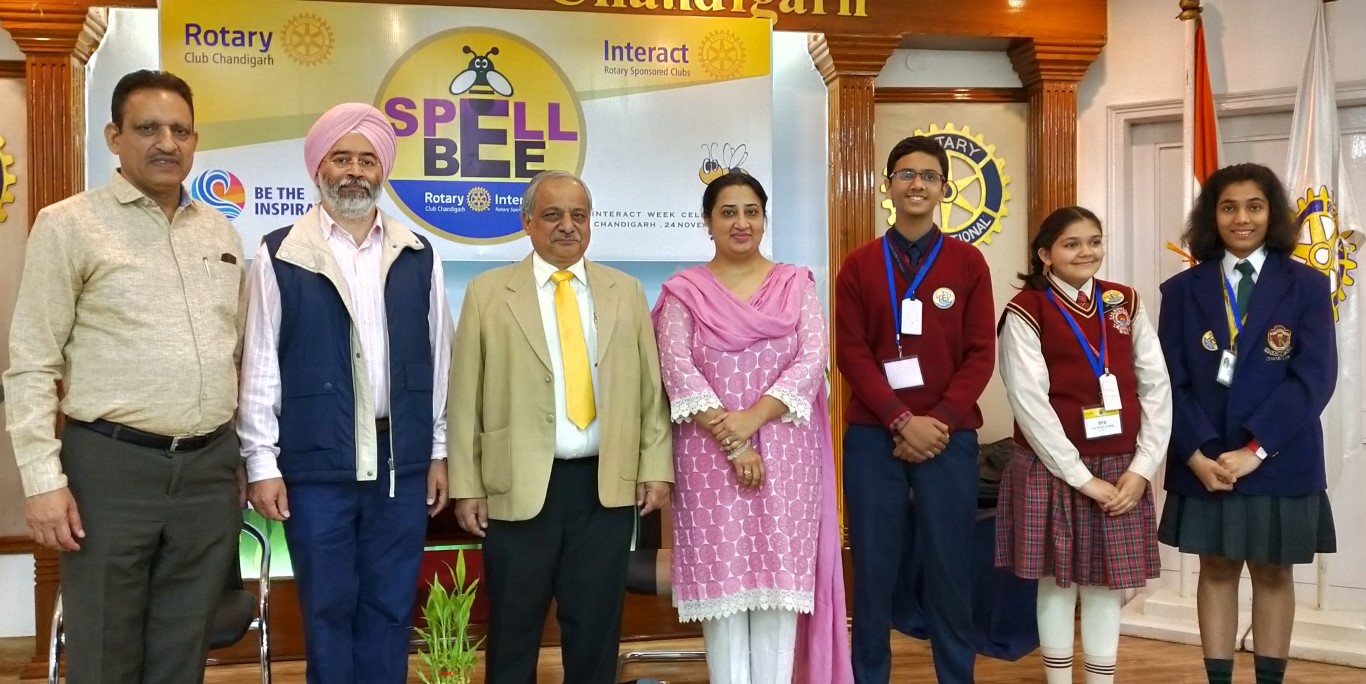 This is the second edition of Rotary Spell Bee Competition in which teams from nine schools participated this year, informed Club President Rtn A.P. Singh.

Rakshat Sharma of Class VIII of AKSIPS Sector 45, stood first in the Speel Bee Competition, while Riya Sharma of DAV Model School Sector 15 and Diya Jain of DPS 40 stood second and third respectively in the competition.

District Governor Rtn. Praveen Chander Goyal gave away the prizes to the winners, and said that this is a popular event that helps improve vocabulary of the children and correct usage of the language.

All these schools have Interact Club in their respective Schools, which is the children’s wing of Rotary imparting leadership skills, and the Rotary Spell Bee was a part of the world-wide Interact Week celebrations, added Rtn Jatinder Kapur, Director Youth Services