It is dream come true moment for the parents of baby born in Chaitanya Hospital at 24 weeks (6 months) instead o of 40 weeks (Months) who is going home after almost 3 months of hospital stay, Mr.Garg father of baby sf normal periodaid that they had lost all hope when they saw their newborn baby who weighed just 640 grams at the time of birth. Doctors who told them that chances of survival of such tiny babies is very less, But seeing the initial medical care being provided at the time of delivery by the team of neonatologist they were assured that the baby is going to be in the safest hands possible and decided to persist with the treatment. Dr Jaskaran Singh Sawhney and Dr Saranjit  Kaur with their capable medical team worked day and night to make this baby go home. 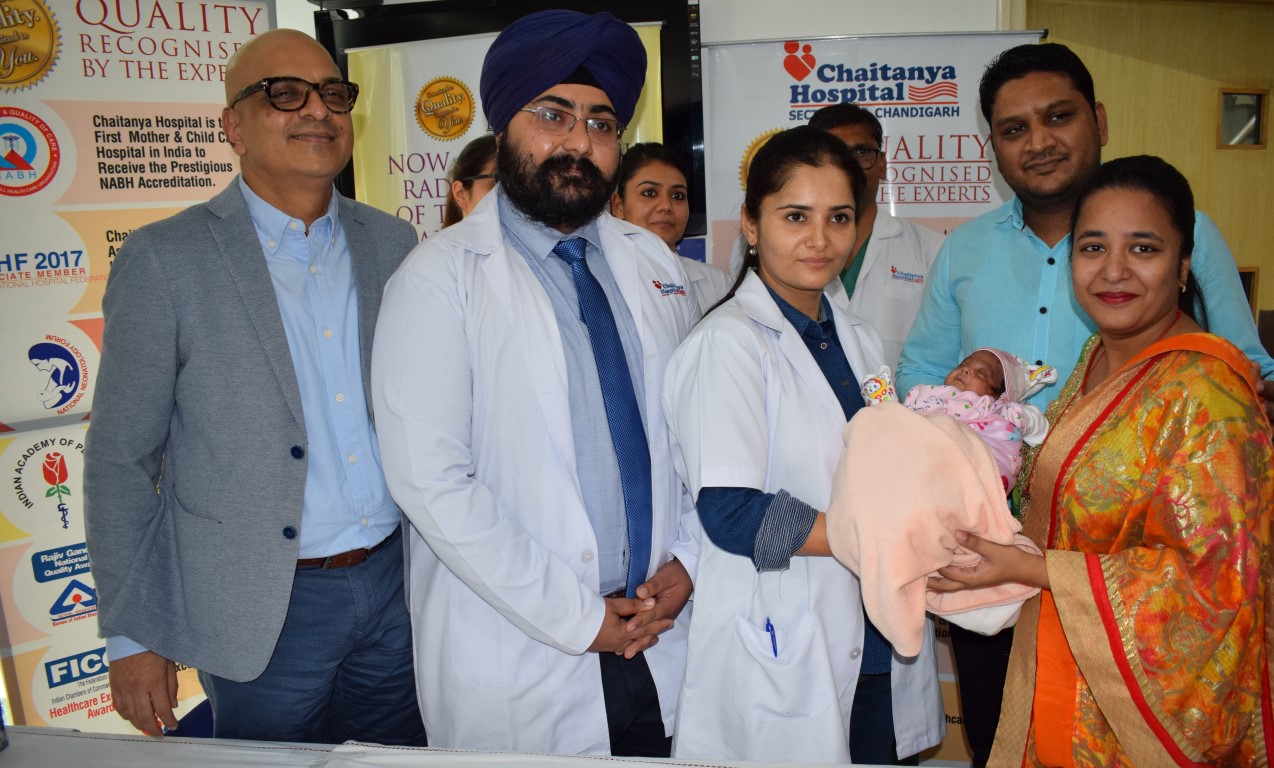 Sharing with Media personal Dr Jaskaran and Dr. Saranjit informed that the latest medical facility at Chaitanya hospital is the one of the key factors responsible for survival of such a critical baby. Further they added that Babies born before 37 weeks of pregnancy are considered preterm and among them those born before 28 weeks are called micro preemies. Such babies have a very low probability of survival, <30%.Indian guidelines consider 24 weeks and 500 gm. weight as the lower limit of viability for newborns.

This baby was born after 24 weeks of pregnancy when his mother went into preterm labor. The mother was referred to Chaitanya Hospital and delivered within 2 hours of admission. The baby weighed just 640 gm. and did not cry after birth and was resuscitated and shifted to Newborn ICU. Chaitanya Hospital who provided baby with NICU care. The initial one month was very torrid with baby requiring artificial breathing, artificial nutrition, incubators for maintaining temperature and medicines for blood pressure. 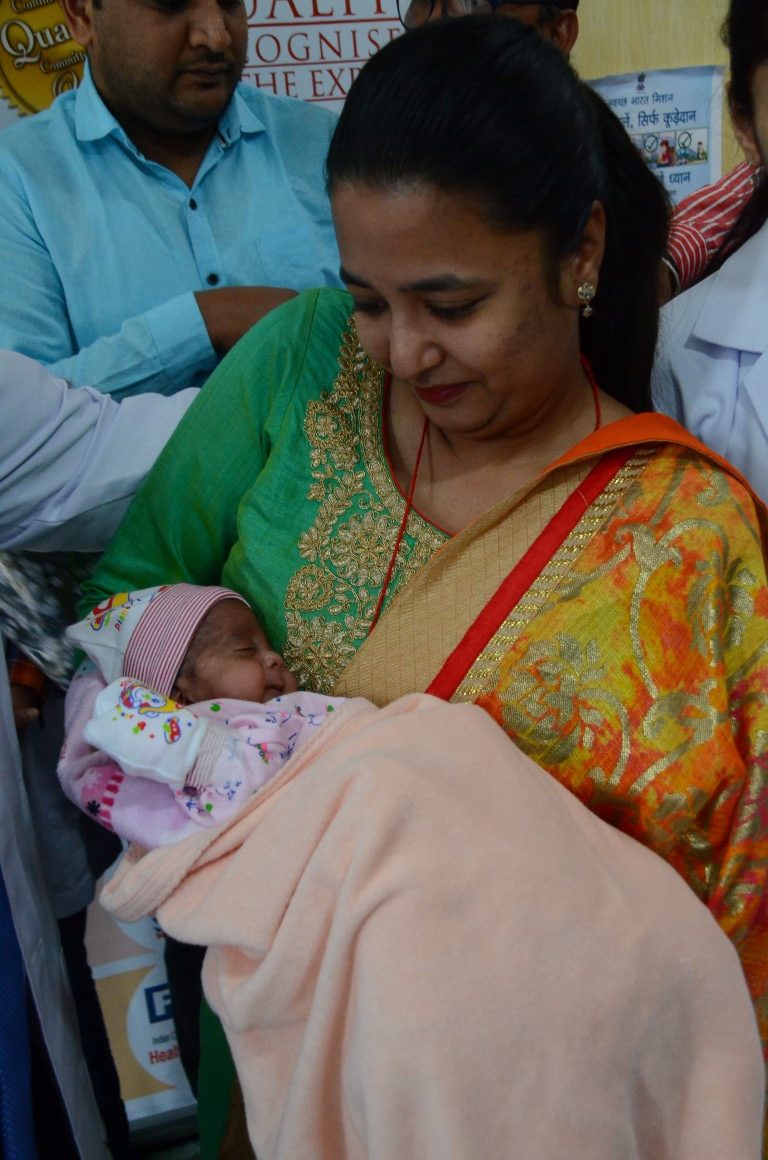 The baby also had a hole in heart which was managed medically by Neonatologists ( Dr Jaskaran Singh and Dr Saranjit Kaur) in Chaitanya Hospital .Baby also developed a condition of eye called Retinopathy of Prematurity which was treated with laser therapy. But the baby and his parents kept fighting against all odds and after 9 weeks baby was off the ventilator support. Presently baby weighs 1800 gm. and is feeding well and free of any major physical or neurological complication, with a corrected age of 36 weeks and ready to go home.

Babies born before 28 weeks gestation face a huge struggle because their body is not able to sustain itself, they need a protective environment along with latest medical and technological support to make survival possible. Chaitanya Hospital is well-known name in Mother and Childcare in the region, providing level 3 NICU care along with round the clock Neonatologist presence.