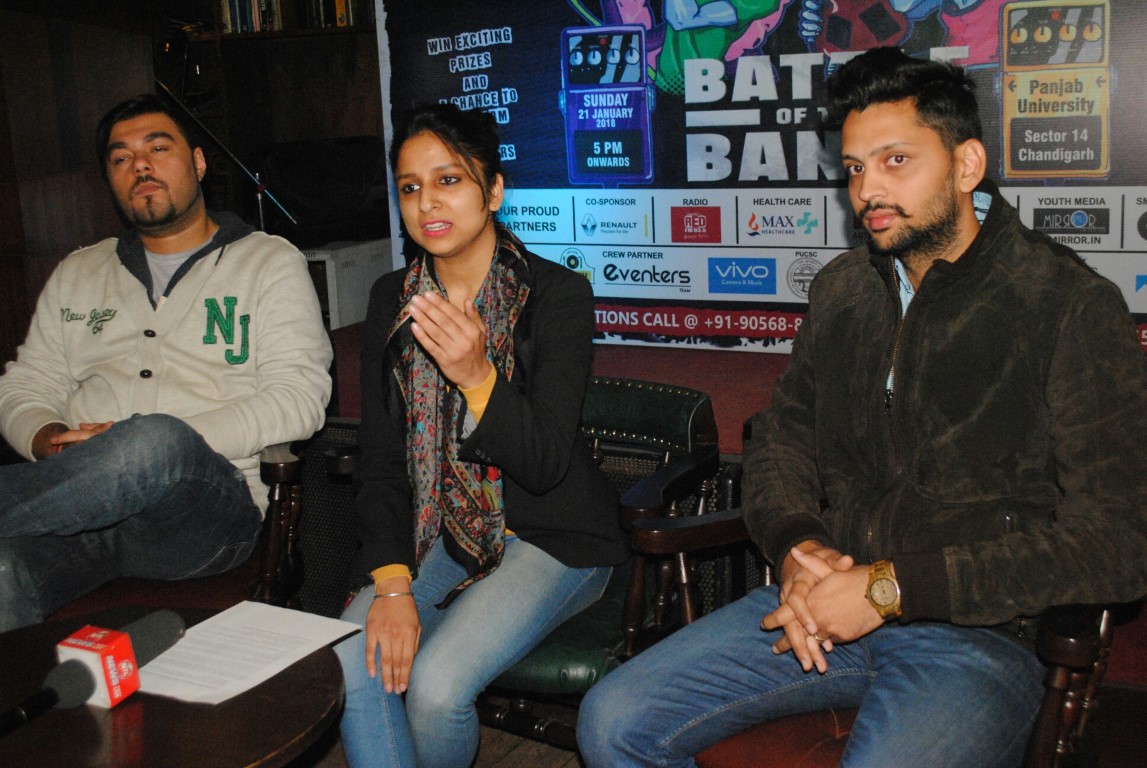 India’s first musical fest TAABIR, The Battle Of Bands is all set to fight with drugs. Famous Music Director Nakulogic, Ms. Sukhmani Kaur Boparai, Mr. Vipul, MD Peddlers were present during the conference and shared the detailed information about one of the biggest musical competition among the bands. TAABIR is regions first musical competition with the message ‘Say No To Drugs’ is organized by Pink Letter Box.

Sharing the concept behind the event Ms. Sukhmani Kaur Boparai said, “Analysing lot of deaths due to drug overdose; we needed to do something where people in the first place would refrain from indulging in such activities. We needed something new and different. After a lot of thinking, we came up with ‘TAABIR’ (Urdu meaning Interpretation of Dreams), and we decided to create a festival- Promoting simply Passion and Talent – A platform for youth bands to showcase their talents.”

She further added, “Today Passion is broadly divided into 3 categories: Dance, Art and Music (DAM). We decided to DAM the Drugs by giving rise to our first event Battle Of Bands. Punjabi Music Artist Prabh Gill and Music Director Mr. Nakulogic are the judges for Taabir’s eponymous Battle of Bands event.”

Music Director Mr. Nakulogic shared, “An opportunity to every such individual who has some sort of talent in him and we strongly believe that if you know how it feels to follow your passion you need no other addiction. The season will consist of auditions on 19th January, at 10 am, at Peddlers, Sector 35 with free registrations for the participants. The finalists from the auditions would perform in the finale on 21st January, 5pm at Panjab University.”

He added, “There is no entry Ticket to the show, it’s an open event for all. The show will start with the competition and will be concluded with the performance of Prabh Gill and his band.”

Not only is TAABIR a turning point in music industry, it is also a convergence of young creative minds in entertainment. Music Director Mr. Nakulogic and Prabh Gill directing and leading music production, the show is truly going to be a force to be reckoned with.

The associated brands are mainly start- ups thus giving a market platform to them on show. Thanks to all our partners Renault, Red Fm 93.5 Bajate Raho, Health Care, Car Care, Glimpse Magazine, Youth Media – Umirror.in, OLA, Peddlers, Hunka-Hunka, Vivo, Autobott, Viroka, Nimtu’s Mojo, Ginni’s Kitchen, Immortal Tattoos and Wateva. These are all initiatives of the people who believed in their dreams and had a passion, thus turning their hobby to their profession.