Home Chandigarh Removal of a clot from the blocked brain artery up to 24...
Facebook
Twitter
WhatsApp
Email
Print

A complicated case of Valvular Heart Disease and brain attack was reported at Fortis Hospital, Mohali has been successfully cured, giving a new hope to treatment even after 24 hours after a patient has suffered a stroke. 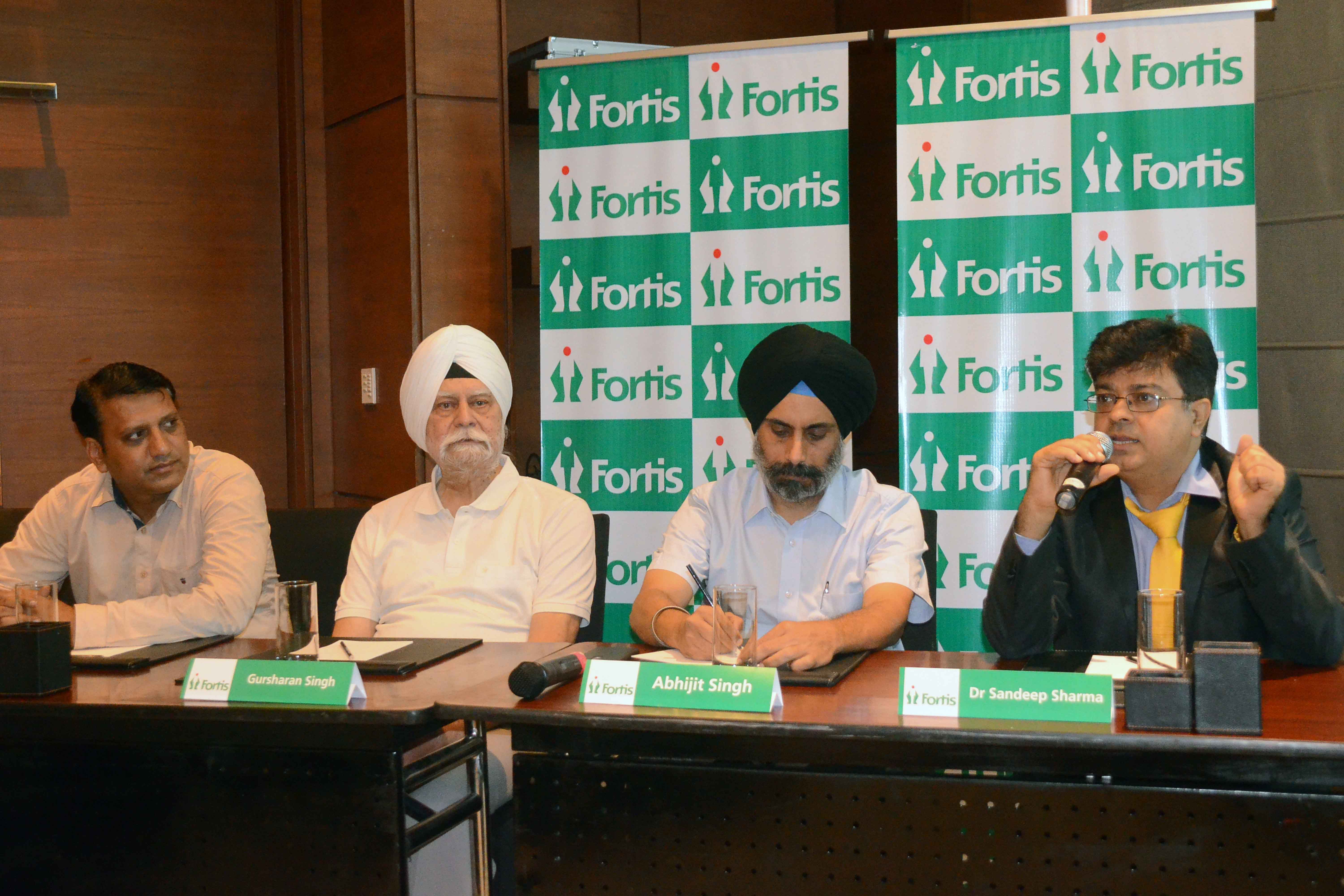 Dr Sandeep Sharma, Head, Department of Neurointervention and Interventional Radiology, Fortis Hospital, Mohali, informed, Tushar, a 36-year-old man, resident of Ambala had sudden onset of paralysis (acute ischemic stroke). He belonged to a family of doctors who noticed weakness of the right side of his body when he woke up at 6 am. The panic in the family was instant. They rushed him to the nearest hospital with neurological care but were told that the clot dissolving medicine could only be administered within 4.5 hrs of the onset of stroke.

In this case, the exact time of onset was not known. Moreover, they had already spent 5 hrs in finding the right place to treat their patient. It was 11 am when a young anaesthesia doctor in the family researched and found that a study about mechanical removal of clot up to 24 hours called DIFFUSE 3, which was published on the same day, in The New England Journal of Medicine, a renowned journal in medical sciences. Not wasting any time, they shifted their patient to Chandigarh Government Hospital. They were advised to visit Department of Neurointervention at Fortis Hospital, Mohali, for clot retrieval. By the time they reached Fortis, 20 hours had lapsed.

Dr Sandeep Sharma, treated the patient. Advanced imaging, non-invasive angiography and salvageable tissue was studied and decision to remove the clot was undertaken. At midnight, the clot was removed, without requirement of anaesthesia and clogged blood vessel was opened to restore the flow into the brain. The young man made quick recovery over the next 3 days and showed no signs of any problem on the 3rd day. He was discharged with advice and on follow-up for the next two months. Even with residual patches in the brain, he has no residual occupational or physical abnormality and is doing well. His risk factors like blood pressure, sedentary lifestyle, and lipid profile have been modified and he is leading an active life.

The Neurointerventionist emphasized that it is really imperative to teach the general population that they should reach the doctor as quickly as possible and ask them regarding all the possible treatment methods recommended to treat the stroke during the initial 24 hours of an evolution of stroke.

“A stroke also called as a ‘brain attack’, occurs when the blood flow to an area in the brain is blocked.  There are two main types of stroke: ischemic, due to lack of blood flow, and hemorrhagic, due to bleeding,” informed Dr. Sharma. He further informed that in the hemorrhagic stroke, there is a brain aneurysm burst or a weakened blood vessel leak (hemorrhagic), which is one of the two types of stroke.  While it is the least common of the two types of stroke; it most often results in death. Whereas, an ischemic stroke is one in which the blood vessel carrying blood to the brain is blocked by a blood clot (ischemic).

“A stroke is a medical emergency that needs immediate medical attention because the brain does not receive enough oxygen or nutrients, causing brain cells to die. How a person is affected by their stroke depends on where the stroke occurs in the brain and how much the brain is damaged,” emphasized Dr. Sharma. “The best way to prevent a stroke is through lifestyle changes, including eating a healthy diet, maintaining a healthy weight, exercising regularly, not smoking tobacco, avoiding alcohol, keeping blood pressure under control, managing diabetes and treating conditions like obstructive sleep apnea,” he concluded.

Startups, not just corporate but SMEs and small businesses as well...