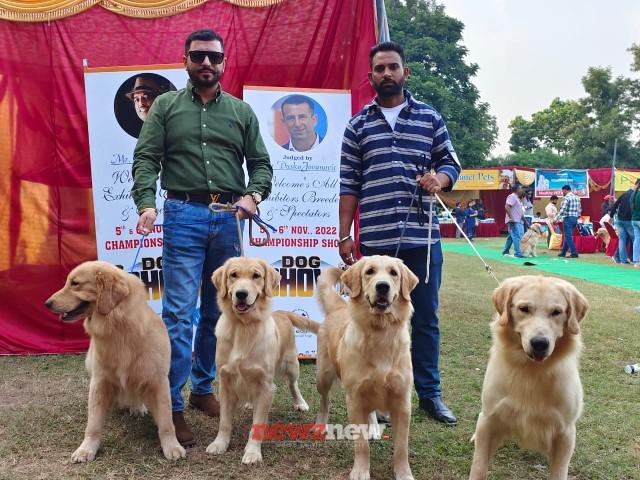 The display of Rottweiler and Golden Retriever breed dogs was the highlight of the show. The show will continue tomorrow on Sunday as well.
Haryana Deputy Chief Minister Dushyant Chautala will be the chief guest, while Ms Caroline Rowett, British Deputy High Commissioner, representing British Government in Chandigarh, Punjab, Haryana, Uttarakhand and Himachal Pradesh, will be the special guest at the award distribution ceremony on Sunday.
Sikander Singh, general secretary of the Royal Kennel Club, said that different breeds of dogs are participating in the show. We have made elaborate security arrangements this time. More than 400 dogs of over 200 breeds are participating.
Sunny Sheikhon, President, Royal Kennel Club, Panchkula, said, “The jury members include Mr Zoran, Mr. Dasko, Mr CV Sudanshan and CA Martian from Serbia. The show has been organized in association with Directorate of MSME, Haryana, Planet Pets and Cherubs Play School.
Some European countries including Serbia, Italy, Germany, Slovenia and Russia are participating in the dog show. Apart from this, dogs from Haryana, Punjab, Delhi, Mumbai, Tamil Nadu, Kerala, Maharashtra, Madhya Pradesh, Himachal Pradesh and Tricity are present in it.
Also Read :   Nancy Ullu Web Series (2021) Full Episode: Watch Online