CII Agro Tech India 2022 Concludes: The 15th edition of CII Agro Tech India came to a conclusion on Monday. The key message from the valedictory session of the four-day Premier Agri and Food Technology Fair was that farming was a tradition, and passion for people in Punjab and Haryana. 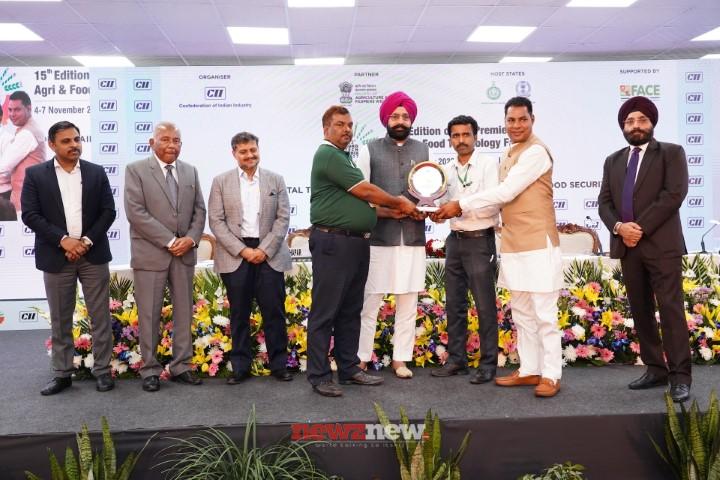 The power of research also needs to be given its due importance.

In his welcome address, Mr Amit Thapar, Chairman, CII Punjab State and President, Ganga Acrowools Ltd, said, “The Government of India has taken a number of initiatives to give a major boost to agriculture through policy reforms as well as innovation and technological application at the grassroot level.

CII is fulfilling the technology gap using science for creating a disruptive renaissance in farming. A major aim of Agro Tech India is to create awareness on Central schemes.”

The start-pavilion was a new addition. There were 258 exhibitors. Four international conferences, primarily on sustainable agriculture, were held. The key takeaways were many from each of the events. Farmers’ delegation participated in large numbers. Over 20,000 farmers visited the fair over the four days. There were seven such sessions that 48 experts addressed.”

He added, “Over 7,500 business queries valued at Rs 117 crore were received. Over 90% of the exhibitors want to be with us the next time. We also took feedback from farmers with 97% rating it as excellent or good.”

Guest of Honor, Shri Nayan Pal Rawat, Chairman, Haryana State Warehousing Corporation, said, “I am happy that there is such a huge exhibition to take farmers down the road to digital technology and even in agriculture. It is heartening to note that focus has been on digitalisation of agriculture. It has been an incredible experience to witness such advanced technology and machines at the fair.”

Chief Guest at the valedictory session, Shri Fauja Singh Sarari, Hon’ble Minister for Food Processing & Horticulture, Government of Punjab, said, “CII cannot be thanked enough, and I congratulate them on successful hosting of CII Agro Tech India 2022. Farmers and industry have been brought on one platform and it has provided and opened doors for many opportunities.

Punjab is encouraging Direct Seeding of Rice (DSR) with subsidy. We need to make our space and be known for manufacturing as well. CII has acted as the funnel for taking relevant information to the farmer. We need to shun the culture if educating youth wanting only white-collar jobs. The youth need to learn how to be job creators as well.”

Proposing the vote of thanks, Shri Rajiv Kaila, Chairman, CII Chandigarh (UT) and Director, marketing, Kaila Engineering Pvt Ltd THANKED all ministries, stakeholders, the host states OF Punjab and Haryana as well as the partner state – the UT of Jammu & Kashmir.