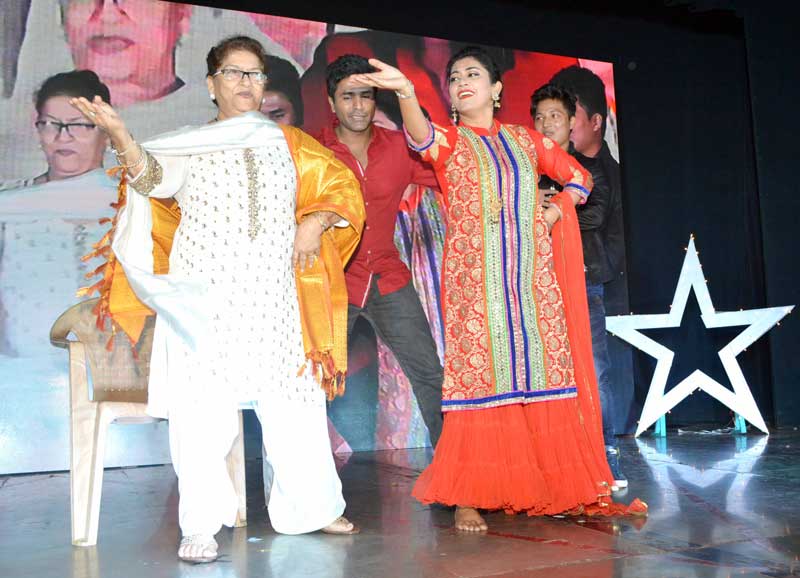 MSM Dance School situated at Belapur, completing its half decade of presence and contribution to the Indian Art & Culture scene has provided an ideal platform of all -age groups to harness their talent and skills.

Congratulating and a very delighted Saroj Khan said, “With such grace and finesse Rinhee has amply demonstrated over the years her ability to gain mastery over both Indian & Western Dance forms. I wish her every success to set the stage for her presence in the Indian Film Industry and be recognized for her talent and excellence.”

MSM Dance School Cofounder and a well-established danseuse himself Nagendra Prasad commented on the occasion, “Rinhee has articulated and worked very hard to achieve and establish the MSM Dance School in Navi Mumbai, a name and force to reckon with.”

Overwhelmed by the presence of both legends, Rinhee Subberwal said, “I am indeed grateful and encouraged to carry on the show and performance to greater heights in the years to come. Dance being a universal unifier, it’s my endeavor to be that catalyst and ensure that such programs can be taken national and international prominence that it deserves.”

The three generations of the danseuse, Rinhee was accompanied and supported by none other than her grandmother and mother.