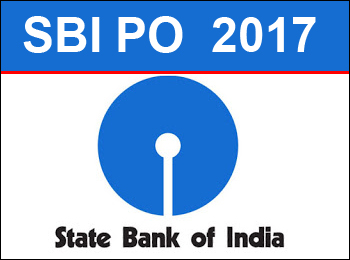 The candidates who had appeared in the Mains exam held on June 4 can now check the SBI PO result 2017 from the Bank’ website www.sbi.co.in. PO Mains result has been published in the form of pdf file containing the roll number of the selected candidates only, hence the applicants will have to look out for their roll number if they have been selected or not.

State Bank of India had notified to fill 2,313 vacancies of Probationary Officers, including 313 backlog posts. The recruitment exercise witnessed great response from the banking aspirants and nearly 2.7 million applications were filled. However, some 20 lakh candidates actually took the preliminary exam which was held in the last week of April & first week of May. The results of preliminary exam were announced in May and a selected number of candidates were issued admit cards for the PO Mains exam.

SBI conducted the PO main exam on 4th June at a limited number of test venues. The result of PO Mains was expected to be announced on 19th June, but it was delayed and finally, today, the Bank declared the exam results. The candidates can check SBI PO Mains result roll number wise from the pdf file available at the Careers page of SBI website. The roll numbers of candidates shortlisted for phase III (0Group Exercise & Interview) are included in the pdf file. Also, the Bank has said that the information about Phase-III exam will be sent to the selected candidate by SMS or e-mail separately.

Also Read :   Microsoft brightens this Diwali with cash back offers on Lumia range !

The interviews and group discussion is expected to commence from 10th July and the final results will be announced in the first week of August. The final selection of the candidates to the post of Probationary Officer will be made on the basis of combined performance in the Phase II (Main exam) and Phase III exam. The marks scored by the candidates in the preliminary exam will not be added for the selection purposes.

SBI is expected to release the PO Mains exam marks in next coming days.

Vintage for car lovers – destinations for Tourists – fiesta for...