newznew (Chandigarh) : E-governance has become the governing mantra of our fast-developing nation. Digital India is a flagship programme of the Central government, with a clear focus on delivering citizen-centric services with the aid of Information and Communication Technology. Speaking on the occasion of digitisation of the Supreme Court of India, Prime Minister Narendra Modi said, “E-governance is easy, effective and economical. It is also environment friendly. And paperless offices will benefit the environment.”

The e-governance project had a significant positive impact on the country. The e-filing and e-processing of documents havereplacedmanual filing and handling of paper documents,making government offices paperless. This initiative has ultimately reduced the physical interface of the business community with the departmental officers and provides a corruption-free environment with improved taxpayer services. 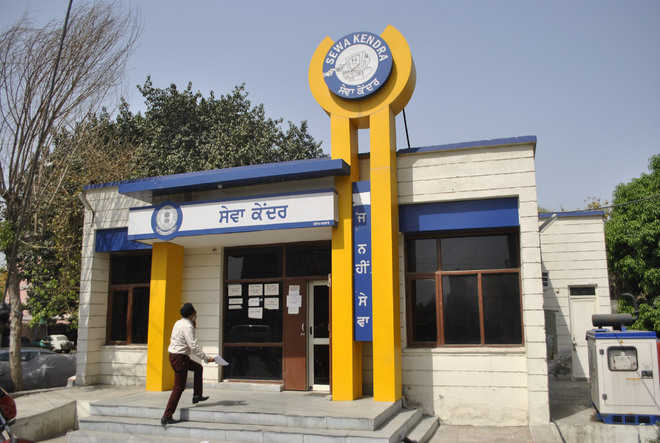 Punjab, along with many other states, has been at the forefront of this drive to start and extend e-governance initiatives for the welfare of the citizens. Certainly, the decision of the Punjab government last year to set up SewaKendras in cities and villages across the state to deliver services expeditiously is a laudable one.

There are 2,147 kendras across Punjabwhich provide about 67 services, including applying for various documents at one centre with a minimal fee. The kendras provide services related to birth and death certificates, arms licence, power supply bill, water and sewerage bill, tenant verification among many others defined under the Punjab Right to Services Act, 2011. They serve as a one-stop centre for citizens to avail a range of government services. There is a Sewa Kendra every 2.5 to three kilometres in urban and rural areas to facilitate citizens who were earlier required to travel 20-25 kilometres and stand in long queues for availing basic services.

The SewaKendras can be transformative if allowed to continue. E-governance is national imperative, such a citizen-centric project should be the vision of current government involving local urban bodies in the state to mitigate the problems of rural & urban population. It would be interesting to see if the present government raises the bar above politics or choose to ignore the “Citizens FIRST agenda” or continue the hoary tradition of dumping projects in the name of politics.

To see worthy public projects through the prism of political partisanship is short-sighted. Sewakendras employ about 5,000 persons. With e-governance, the corruption and the proportion of paying bribes have reduced from drastically. Such is the buzz created by its success that several states like Kerala, Haryana, Orissa, Bihar, Madhya Pradesh and Maharashtra have shown interest to replicate the e-governance model. It also sends out a negative perception to other companies interested in investing in Punjab while it is possible there could be some lag in the functioning of the SewaKendras, surely that doesn’t necessarily have to mean rolling up the project altogether. Rather, the government should encourage improving the working, so that the process of empowering citizens is not disrupted. That would be an anomaly in the making of Digital India.