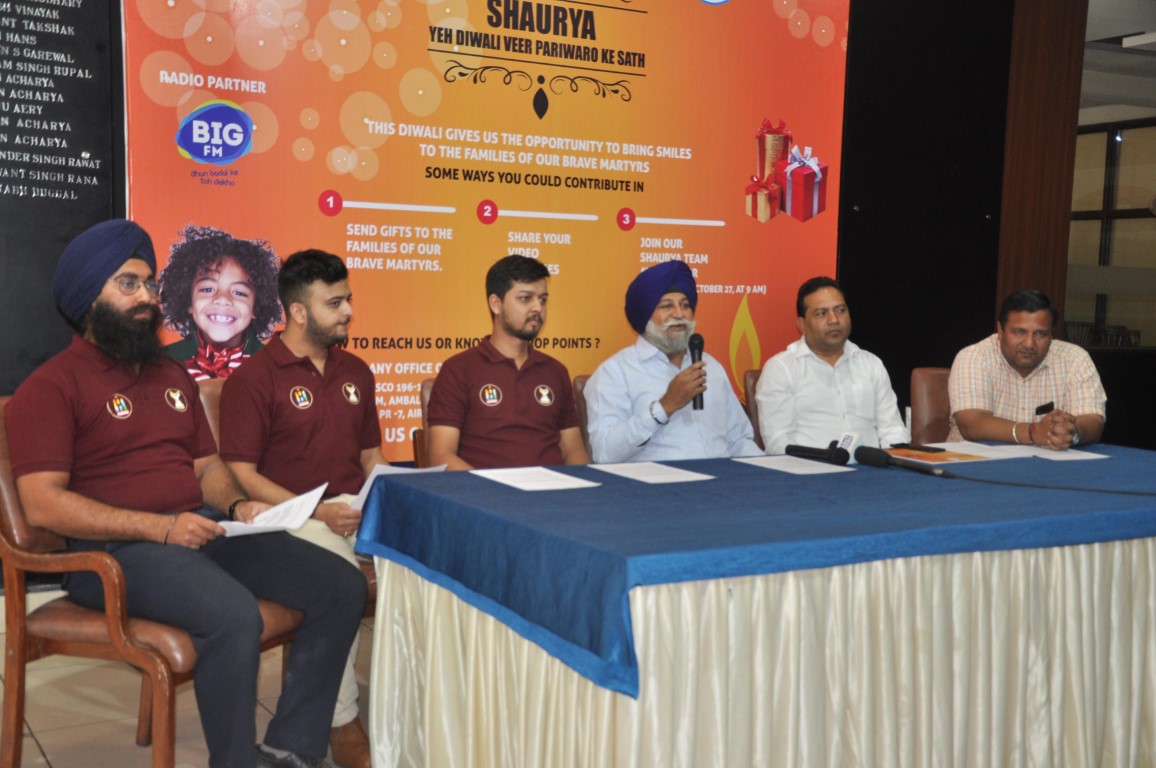 Vivek Mehra said, “The auspicious festival of Diwali gives the opportunity to express our love and gratitude by honouring the families our valiant martyrs. Under the ‘Shaurya’ campaign we will be collecting useful Diwali gifts for children of martyrs of Jammu & Kashmir Rifles (J & K Rifles), who are living, in the regiment’s hostel at Jabalpur. The army has set up the hostel to take care of 65 children whose fathers were martyred fighting for the country. We will also collect video messages for them. Lt. Gen. K.J Singh (Retd), PVSM, AVSM** is the Ambassador of ‘Shaurya’ Campaign.”

Tricity’s well known corporate, GBP Group, is also lending support to the noble cause under its CSR initiative.

Raman Gupta, Co Founder & Director GBP Group said, “The army takes care of such kids regiment wise throughout the country, and we also wanted to offer our humble support to these children of Indian Army martyrs, on Diwali. We have made arrangements to collect the gift items both big and small at any GBP office of Tri-city till October 23. We have earmarked our Sec 34 A, Chandigarh office, GBP Centrum, Zirakpur and GBP Athens near McDonalds, Zirakpur for the gift collection. One can also call on 9914043336 to know more about making a donation, which is a dedicated line for the campaign .”

Bhavpreet Singh said, “Once we collect the donations, volunteers of IASH will take a trip to Jabalpur on two motorbikes. One car with the gifts, will accompany the motorcyclists. I and Vivek will be on the motorbikes and the car will be driven by Arnav Batra. The trip will be flagged off from GBP Centrum, Zirakpur at 8 am on October 25. We will spend Diwali with the children and return on October 29.”

The idea behind the trip to Jabalpur is also to interact and get to know the needs of the children more. This in turn will help in working towards helping them for their future careers, via providing the right resources etc. The initiative will commemorate Diwali in the truest form.

Col (Retd) Manvinder Singh said, “I congratulate IASH for making this possible. We as a nation should always remember & respect the great sacrifice made by our gallant defence forces in protecting the country. Such measures will instill confidence and hope in the children & next of kin of martyrs that the whole nation stands solidly behind them as one.”

According to Arnav Batra, “The motive of the campaign is also to sensitise the civilian population about the need to get involved with the welfare of martyrs’ next of kin, especially their children. It is not only the duty of the Indian Army but also the citizens to take care of them, as it is only because of their fathers incredible sacrifice, that we are able to breathe in a free nation.” 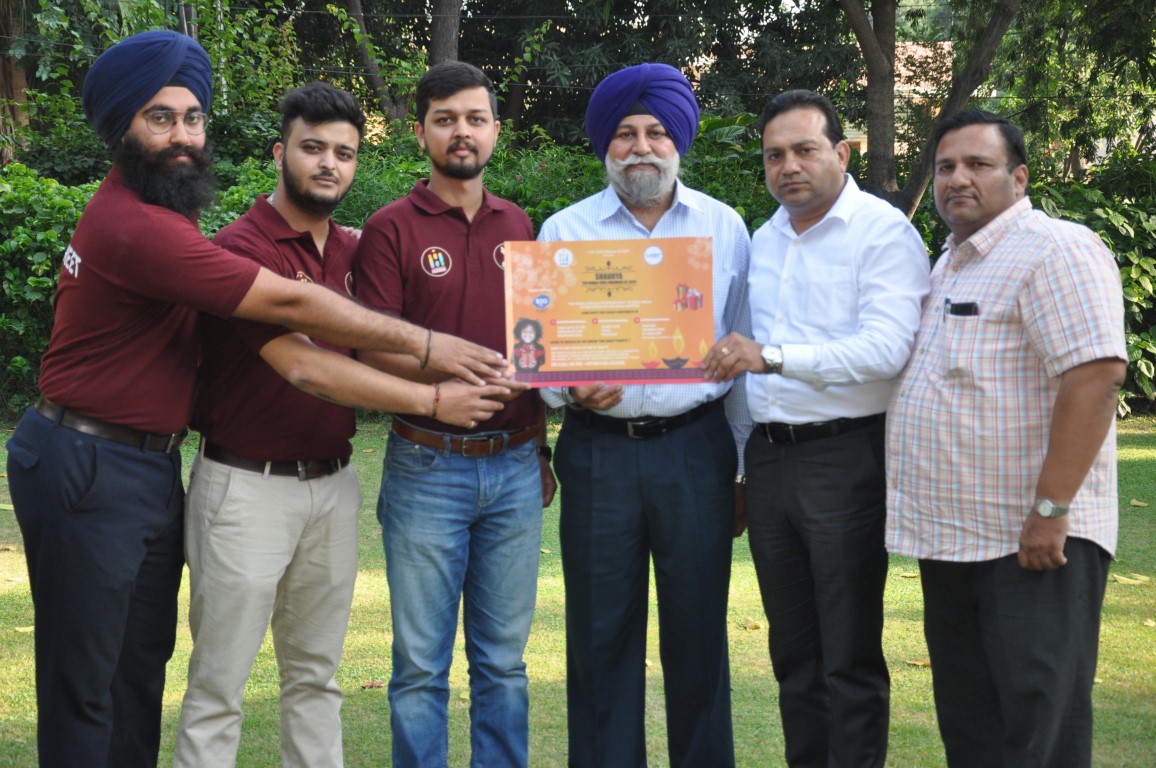 It is noteworthy that ‘I Am Still Human’ (IASH), is a Tri-city based NGO involved in multidimensional activities, aiming to empower the youth and redirecting their energies for the betterment of the society as a whole. Before this initiative, IASH has organised 7 Blood Connect Camps in association with the Indian Army, where the collected blood was provided to different Command Hospitals and AFTC, New Delhi.

Much Awaited e-payment module for Public use Launched