NewZNew (Chandigarh) : ‘Beti’- a non-fiction positive short film on girl child education, made by young student film makers’ of Chandigarh, has been invited for a special screening at the 42nd Seattle International Film Festival (SIFF), Washington DC. The achievement assumes significance, as it’s the only short film from India featured amongst 421 films representing 85 countries. The Four Minute documentary was shown to the media at Chandigarh, where the young members of the film’s Cast & Crew also interacted with media. 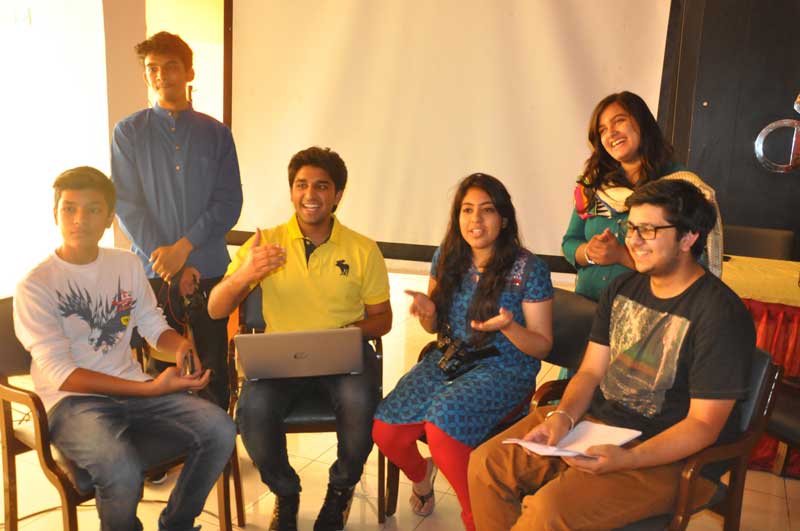 ‘Beti’ will be screened on 30th May 2016, which is Seattle Memorial Day at the SIFF. The Seattle International Film Festival, is the largest and most highly attended festival in the United States & in the last few years SIFF has celebrated one of the finest film directors’ from Bollywood; Satyajit Ray’s – Apu, Anurag Kashyap’s Gangs of Wasseypur, Nagesh Kukunoor’s Rainbow, Santosh Sivan’s The Terrorist, Vikas Bahl’s Queen to name a few.

“‘Beti’ is the only short film from India made by students, in a prestigious festival that has screened various renowned Hollywood & Bollywood films.” Said Shweta Parakh, Founder CEO, Purple People Labs.

The crew of this film Pihu Gupta, Keshav Garg & Shubham Garg ARE FROM THE YOUNG FILMMAKERS ACADEMY, Chandigarh & the cast comprising of three girls around who the story revolves, are from a
a government school of Chandigarh. The short film promotes “Beti Bachao, Beti Padhao” from a positive perspective. It narrates the real life story of three girls from a government school revealing the beauty of their daily lives, their dreams for the future, and the passions that motivate them to serve the society.

“We are really looking forward to the screening and the selection of ‘Beti’ has put Chandigarh on the Global map as far as quality film production is concerned.” Said Shivain Arora.

“The story of Beti is real, not preachy, it shows the actual stories of three inspiring girls who are educated and empowered. We are glad we are taking a positive face of India globally” said the young production head, Pihu Gupta.

Few students from the Crew are travelling with Purple People Labs as ‘Kids Crew’ & will be capturing the SIFF experience as a series of films. This itself is a great opportunity where kids will be the official crew capturing such a prestigious festival. The Crew also made a demand for financial support from Chandigarh Administration & Government for the government school girls, who are part of the film, so that they may also travel to Seattle.

“The selection of ‘Beti’ at SIFF has proved that even young students have the capability to make interesting & topical films. All members of the Cast & Crew are very excited on the International recognition received by ‘Beti’.” Said Rhea Sharma, the PPL crew’s official young reporter. travelling to Seattle

It is a matter of great pride for Chandigarh & of course India that the film will be part of SIFF which will be having 9 World, 42 North American, 15 US Feature Premieres this year.

“We want to appeal to government, media networks, corporates etc to encourage the students by getting the film screened across the city & region so that people are made aware about the achievement of students and they get motivated.” Sums up Shweta Parakh.

Cancer Survivors come together for a fun-filled session