Shreyas Iyer Shines on Test Match Debut: It’s been a strange few weeks for Shreyas Iyer in a period where he’s experienced the highs and lows of the game. The young batsman joined an elite club when he made a century on test debut against New Zealand but he looks certain to miss out on a contract when his IPL franchise confirms their retained list. 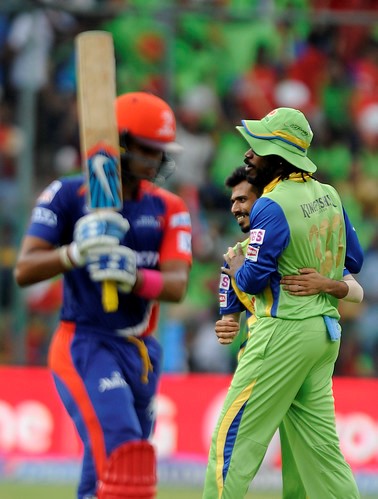 Iyer was set to begin last season’s Indian Premier League as captain of the Delhi Daredevils but injury forced him to miss the start of the tournament. When the competition returned to the UAE in October, the 26-year-old was fit to take his place in the side and he made useful contributions to Delhi’s cause.

Despite that, his future in the IPL remains uncertain but there will be no shortage of bids if he does need to enter the upcoming auction.

Before he can look ahead to the 2022 edition of the Indian Premier League, Iyer will need to focus on the current test series with New Zealand. India got the better of the Kiwis in the first game but, after the tourists battled hard on the final day, the match ended in a draw.

Moving on to the second test in Mumbai, India will remain as clear favourites for the series win. According to sportsbooks attached to sbo.net, early cricket markets put India in the clear with New Zealand as the outside option to claim an unlikely victory.

Those markets are unlikely to change too much but, if there are any variations, sbo.net will report on those updates. At the same time, the website will provide news and opinion articles relating to cricket in India and around the world.

With all of that knowledge on board, readers can take things a step further if they so wish. Each of the sportsbooks on the recommended panel are willing to accept new registrations and the majority have sign up promotions available in return.

To get the account moving, there is a choice of funding methods plus effective customer service and a choice of sports to bet on away from cricket. It’s a useful all round package and India look even stronger with Shreyas Iyer in the team.

Shreyas Iyer’s century on test match debut is great news for India’s future but it gives the selectors something of a headache moving forward. Regular skipper Virat Kohli sat out the first match of the two-game mini-series but he will return for the second test and it was thought that Iyer would be the man to give way.

However, after such a dream debut, it seems inconceivable that the centurion will lose his place. Instead, the attention turns to Ajinkya Rahane and Cheteshwar Pujara who were captain and vice-captain respectively for the first test in Kanpur.

Rahane seems the most likely to give way even though he is such a senior figure in the team. There are questions throughout the batting line up but, having made 105 in his first innings in test cricket, Shreyas Iyer is safe for now.

His future in red ball cricket may be assured but that’s not the case over at the IPL where Iyer is set for a new franchise in 2022. He’s been a mainstay of the Delhi Capitals’ line up and was captain when the side began to improve after a poor run of tournaments.

He’ll certainly be a target for the two new franchises who will need to build squads entirely from scratch. The new sides will be based in Lucknow and Ahmedabad and both will need to bid big in the upcoming auction.

Sunrisers Hyderabad could be another likely destination after the team parted company with David Warner. Their former skipper was left out of the team during the final stages of the 2021 tournament and SRH may well be after a batsman who can also lead the side.

With the exception of Delhi, all of the IPL franchises could be interested in signing Shreyas Iyer for 2022. He’s an effective batsman in all formats and he’ll attract a flurry of bidding when the auction takes place next January.