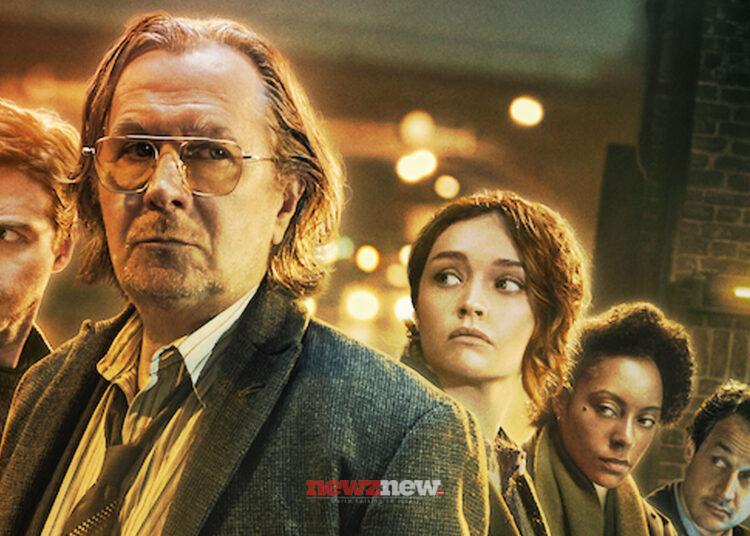 Gary Oldman will soon be back with a new season of the spy thriller drama ‘Slow Horses’ this December with a lot more drama and definitely thrilling.

In October 2019, the series was first announced anonymously and Oldman was declared to be the leading star. Other primary cast members including Olivia Cooke and Jonathan Pryce joined the cast in December of the following year.

The first season, which is based on the first book of the novel series Slow Horses’, released on April 1, 2022. The second season has been made based on the second book ‘Dead Lions’.

The plot of the series began with M15 officer River Cartwright being exiled to an administrative purgatory, referred to as “Slow Horses”, which is the Slough House for service rejects.

There he finds Jackson Lamb, the miserable boss. But the tedium and boredom of the Slough House get arrested and given a stir when the Slow Horses get embroiled with a risky gambit by the headquarter of M15 fictionally known as “The Park”.

Season one of the series concluded with British-Asian student Hassan Ahmed being freed from abduction. His kidnappers have either been killed or imprisoned. With that Lamb and his team have also become able to clear their names.

Sidonie Baker whose task was to watch over River in the Slough House was shot in the head in the previous season causing her fate to be uncertain in the next season.

Jackson Lamb, head of the frustrated Slough House, was portrayed by Academy Award winner English actor Gary Oldman in the first season. Oldman will be seen reprising this role in the second season too.

He received nominations for Academy Awards as Best Actor for the films Tinker Tailor Soldier Spy’ and ‘Mank’ and won for the same category for his role in ‘Darkest Hour.

River Cartwright was played by Scottish actor Jack Lowden in the first season and will be reprised by the same in the upcoming season.

Also Read :   Happy Raikoti's ‘Teshan’ invites you to his wedding on 23rd Sept

His film credits include ‘Tommy’s Honour’, ‘The United Kingdom, ‘Dunkirk’, ‘England Is Mine, ‘Calibre’, ‘Mary Queen of Scots, ‘Fighting with My Family, ‘Benediction’ etc. His television credits include ‘The Tunnel’, ‘The Passing Bells, ‘War & Peace, ‘Small Axe’ etc.

Recovering alcoholic Catherine Standish is portrayed by English actress Saskia Reeves in the series. She has been cast in films like ‘Antonia and Jane’, ‘December Bride’, ‘Close My Eyes, ‘The Bridge’, ‘Traps’, ‘Butterfly Kiss’, ‘I.D.’, ‘Different for Girls, ‘Shadows, etc.

Retired M15 officer and River’s grandfather David Cartwright is portrayed by Welsh actor Jonathan Pryce in the series. His film credits include ‘Carrington’, ‘Evita’, ‘Regeneration’, ‘Tomorrow Never Dies, ‘Bride of the Wind’, ‘The Affair of the Necklace’, ‘And Pirates of the Caribbean: The Curse of the Black Pearl, ‘De-Lovely’, ‘The New World’, ‘G. I. Joe: The Rise of Cobra’, ‘Woman in Gold, ‘The Man Who Killed Din Quixote’, ‘The Two Popes, etc.

The Slow Horses Season 2 is set to release on December 2, 2022, with the third and fourth seasons being renewed in June 2022.