Son Of Manjeet Singh Movie: Showtimes, Review, Songs, Trailer : The iconic  Stand Up Comedy King – Kapil Sharma known for his immensely popular TV shows like ‘Comedy Nights with Kapil’ & ‘The Kapil Sharma Show‘ has now added another feather to his illustrious cap – his first Punjabi film as a Producer – ‘Son of Manjeet Singh’, is all set for a worldwide release on October 12, 2018. 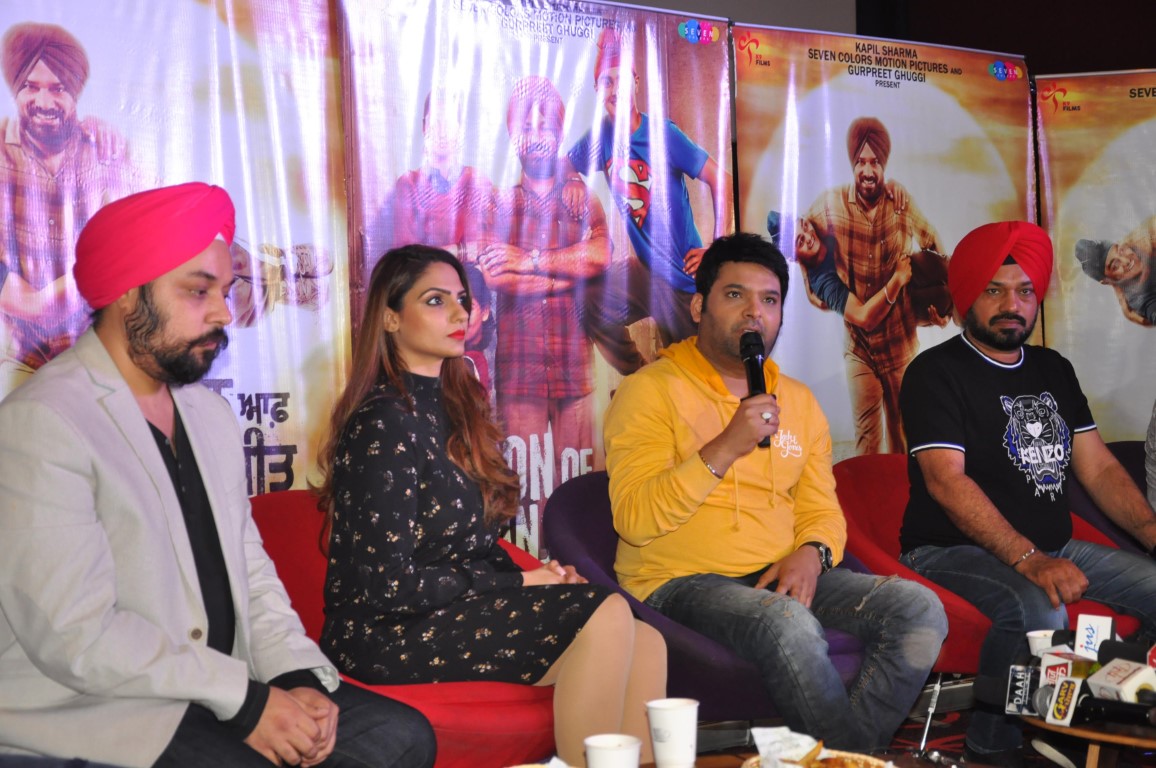 Kapil Sharma along-with members of the cast & crew  of the upcoming Punjabi Film –‘Son of Manjeet Singh’(SOMS), held a press conference which was organised in association with and in PVR, Elante Mall, here. A trailer of the upcoming film was also shown to the media.

Sumeet Singh,  who is also a Producer of the movie with Kapil, Gurpreet Ghuggi who is in the male lead, Japji Khaira the female lead of the film, Director Vikram Grover, Singer Raman Romana and the child artiste of the film – Damanpreet Singh also took part in the press meet. The film has been made under the banner of K9 Films & Sevencolor Motion Pictures, in association with Saga Music.

“I would say that ‘Son of Manjeet Singh’ is an important milestone in my career in the entertainment industry. With ‘SOMS’ i have come back to my roots in Punjab, by becoming a Producer of Punjabi films, in  addition to my already popular roles of  stand up comedian, actor  & presenter. I and the entire cast & crew of ‘Son of Manjeet Singh’ is looking forward to a great performance by the film at the box office, mainly due to a catchy story line & family oriented theme of the movie.” Said Kapil Sharma.

“It is a proud moment for us at Unisys Saga music , that Kapil has associated with our company. I see a meeting point of the vision that Kapil has, and we at Unisys Saga have,  as to  what type of cinema should be made. ‘Son of Manjeet Singh’ I will say is an all out entertainer and has a feel good aspect to it. I would like to ask all Punjabi cinema lovers to go out and watch this film.” Said Sumeet Singh, Producer SOMS & MD, Unisys Saga. 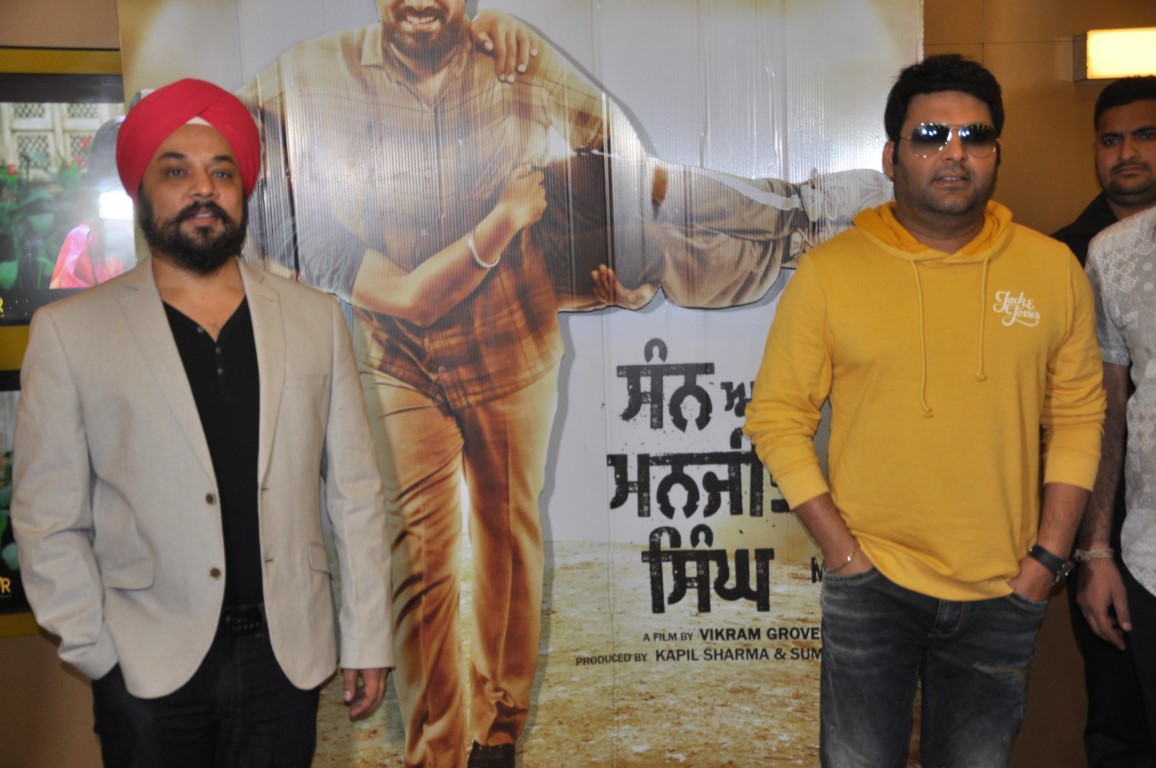 “‘Son of Manjeet Singh’, as the title suggests, is the story of a Father and his son. The film revolves around the life of a man, who is struggling, to make both ends meet. His son is a brilliant cricket player and does not pay much heed to his studies.  We cannot reveal more here, as we want you all to visit a theater near you, to see the film and enjoy a great movie.” Said Gurpreet Ghuggi.

“The movie has all ingredients like strong story, skilful acting , comedy and great music & songs to get a super response from all Punjabi film lovers.”Said Japji Khera.

“The film is I feel is a sitcom(situation comedy)  and is a wonderful blend of joyous and sometimes downhearted moments between a Father and son. Apart from Gurpreet Gurpreet Ghuggi in titular role of Manjeet Singh & Japji Khaira in the female lead; the other star cast includes BN Sharma, Karamjit Anmol, Harby Sangha, Malkit Rauni, Deep Mandeep, Damanpreet, and Tania.” Said  Vikram Grover, Director.

It is noteworthy to mention that the ace comedian Kapil Sharma, who is the film’s producer, has also sung two songs for this film. The music of the film is given by Wilson, Darshan Umang, and Harry Anand. There are 4 songs in the film. Singers like Kamaal Khan, Raman Romana have lent their voices to the tracks.

“I am proud to be part of the film as a singer.  The cast and crew has worked very hard to put together an interesting film.”Said Raman Romana.

“It has been a great experience working with stars like Gurpreet Uncle and Japji Auntie. I have learnt a lot about acting and am happy that I have been able to give my 100 per cent, as far as my role goes.” Said Damanpreet Singh, the Child Artiste in the film.

It is noteworthy that PVR Cinemas, Elante Mall, hosted the press meet. Presented by Kapil Sharma, Seven Colors Motion Pictures, and Gurpreet Ghuggi, Son of Manjeet Singh is  slated to release on 12th October, 2018 across the globe.

Look for the trends to follow for all digital advertising companies...

‘Paahalwan Mohali’ brings Heaven of food on Platter for the ...