1 year of Policing With Heart – Sony SAB’s Maddam Sir celebrates first anniversar: Sony SAB has continued to keep the viewers entertained through stories that travel across geographies and cultures that appeal to families across the nation. 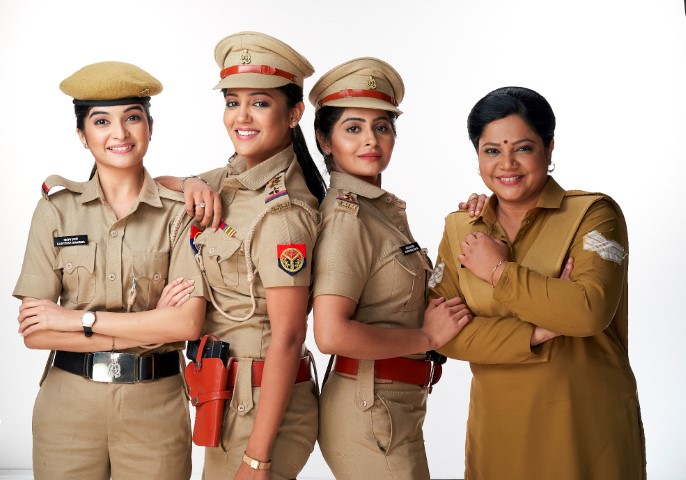 Launched in February 2020, the light-hearted value driven show Maddam Sir has continued to amass immense love for its inspirational storyline and tremendous star cast. Taking the viewers on an exciting journey of solving cases with heart, Maddam Sir has successfully completed 1 year.

With the tagline of ‘Kuch Baat Hai Kyunki Jazbbaat Hai’, Maddam Sir addresses social issues through the eyes of four dynamic women police officers who take every challenge as it comes and solve cases with jazbaat.

The cast including Gulki Joshi (as Haseena Malik), Yukti Kapoor (Karishma Singh), Bhavika Sharma (Santosh Sharma) and Sonali Naik (as Pushpa Singh) couldn’t control their emotions talking about this immense milestone for the show and thanking fans for all their love and support.

Gulki Joshi said, “It’s been a beautiful journey so far and I feel fortunate and grateful to be a part of this show. I am also overwhelmed by the kind of response I have been getting from the viewers. Despite being in the industry for almost 8 years now, I think this is the first time that my work is getting appreciated. It is for the first time that I have been getting fan mails and gifts. Just a couple of months back, I was shooting somewhere else for another project and my makeup dada there comes to me with someone on the video call. So, I spoke to her and she was a 12-13-year-old girl, who started crying on talking to me and was running around in her house telling everyone that ‘I am talking to Maddam Sir.’ This is an incident that I still can’t forget, and it made me emotional too.”

Sonali Naik expressed a similar delight, “For any actor, it is an overwhelming feeling to have their show complete 1 year. Maddam Sir has given me such happiness and satisfaction that I am excited to go to shoots every single day. The team here is amazing, including actors and the entire crew. My character Pushpa has been receiving so much love and I am grateful for that. When I started my career in Hindi serials, the concept of promotional posters and banners didn’t exist. So, when I saw myself on a huge poster of Maddam Sir, I felt so happy and all four of us had tears in our eyes at that moment. This was a moment of pride for me.”

Bhavika Sharma shared, “It feels like we just started shooting for Maddam Sir and its already a year. The journey has been a really amazing one and the team is like a family now. If I don’t shoot even for a day, it feels like something is missing in my life. One of the best things is that we have a lot of young fans who watch the show and come to us saying, ‘you guys inspire us a lot’. I think there is no better joy than knowing that you are inspiring others. I still remember, when we had the show posters put up all around Mumbai, our team was going to Siddhivinayak. On our way, when we saw the first poster, we all had tears in our eyes. That was a different feeling and it is still fresh in my mind.” 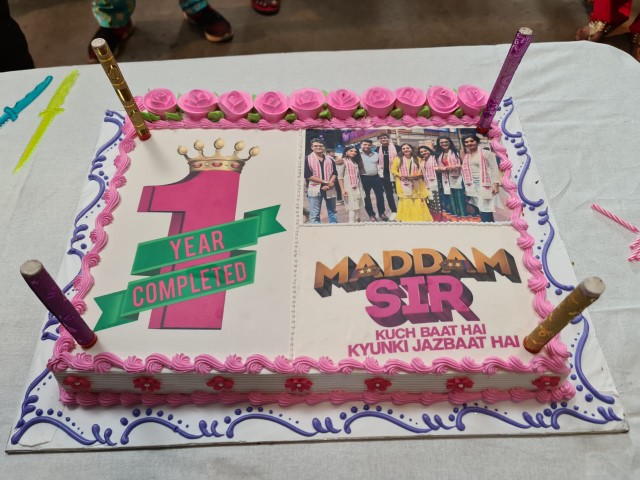 Yukti Kapoor said, “The most beautiful journey of my life has been this show. People are in love with my character and almost every day I have been getting fan gifts and so much appreciation from them. I have been the happiest since the first day of shoot on Maddam Sir sets. I have an amazing rapport with my co-stars and we often plan to meet even after shoots. It is extremely rare to be a part of such a show where everyone is on the same wavelength and I feel fortunate enough to be a part of Maddam Sir family. I hope this show never ends.”

Keep watching Maddam Sir, Monday to Friday at 10 PM only on Sony SAB