Soul-Stirring performance leaves audience spellbound: The seven-member wheelchair band of Chandigarh Spinal Rehab, by the name of Flowing Karma today left the audience spellbound as they performed with renowned Bollywood singer Tochi Raina at their rehab centre in Sector 28. 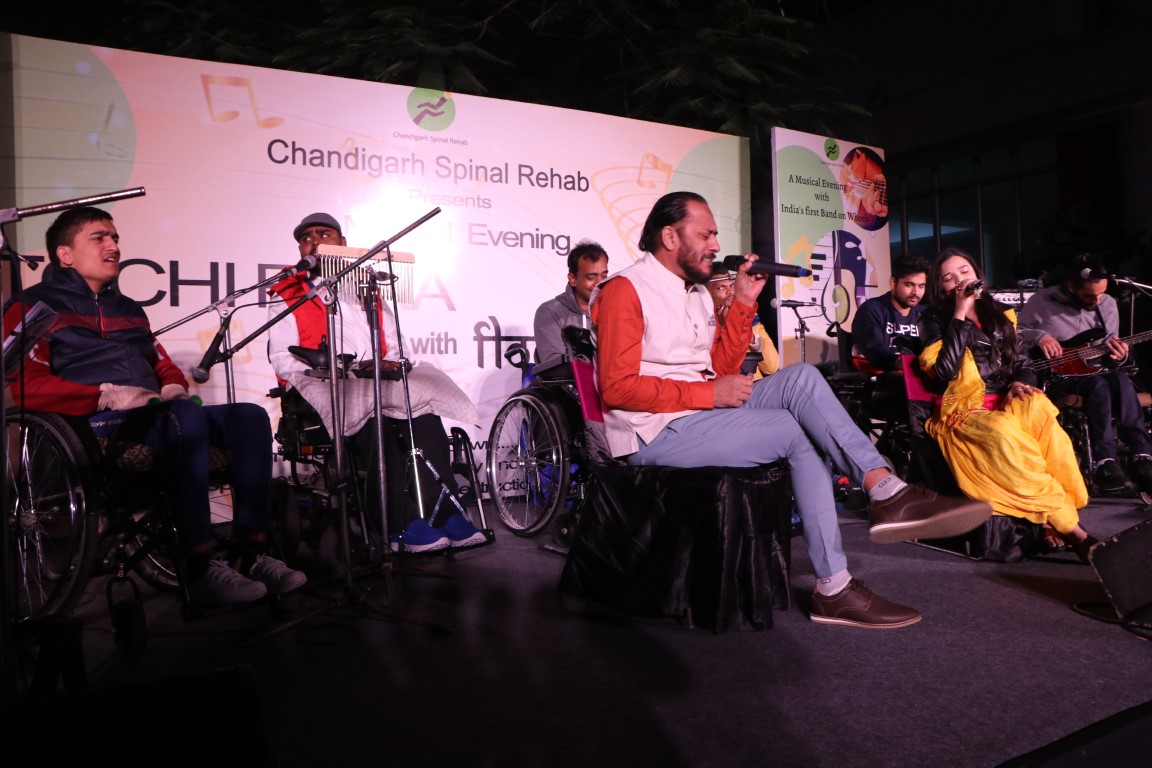 All of them are going through rehabilitation at the rehab centre for acute disabilities like spinal cord and brain injury.

The highlight of the performance was that Tochi Raina’s band didn’t accompany him as he wanted to give Flowing Karma an opportunity to do their best while performing on his songs.

Tochi Raina, who originally hails from Punjab, enthralled the audience with a mix of sufi and his other famous Bollywood numbers as the Flowing Karma members lent their soul-stirring music to his numbers like Iktara from ‘Wake up Sid’, Kabira from ‘Yeh Jawani Hai Diwani’, Jugni and Rab-E-Illahi. Even after tasting success with Bollywood chartbusters singer Tochi Raina says Sufi music is his first love.

Mrs. Nicky P. Kaur, Founder and CEO of Chandigarh Spinal Rehab said it was indeed a privilege for the Chandigarh Spinal Rehab to have Tochi Raina there whose willingness for a performance with Flowing Karma was indeed praiseworthy, which would go a long way in encouraging the band members. She said she hoped that Tochi Raina will be a mentor and guide for the Flowing Karma from here on.

Also Read :   Walmart to close Flipkart deal by the end of this calendar year

Now fly non-stop to Turkey – only with MakeMyTrip !