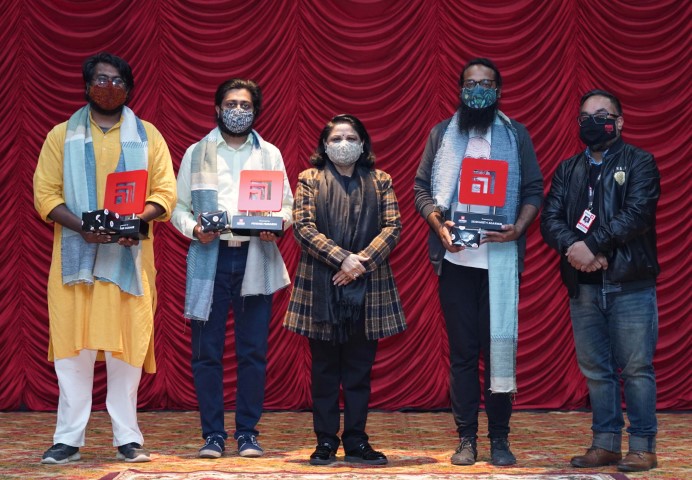 A grand screening of this beautifully crafted film was organised in the auditorium of Chitkara University campus in Punjab. The event was graced by H’ble Pro Chancellor, Dr. Madhu Chitkara. Various dignitaries were in attendance for the event. Proper social distancing norms were followed for everyone’s safety.

Moving Upstream: Ganga’, filmed over 6 months between June 2016 and April 2017 on slow river exploration journeys based on research projects and archives for fixing accountability, is a first person account of a 3000 kilometre walk from Ganga Sagar in West Bengal till Gangotri in Uttarakhand. The project has documented the flow of the river and life of the riparian community living along Ganga. The Producer Siddharth Agrawal, also the founder of Veditum India Foundation’s Moving Upstream project, is an aerospace engineer from IIT Kharagpur he feels that walking allowed the time gap needed for clear thinking. The slow pace allowed a calm thinking bereft of the clutter associated with the highly politicized topic of the Ganga. 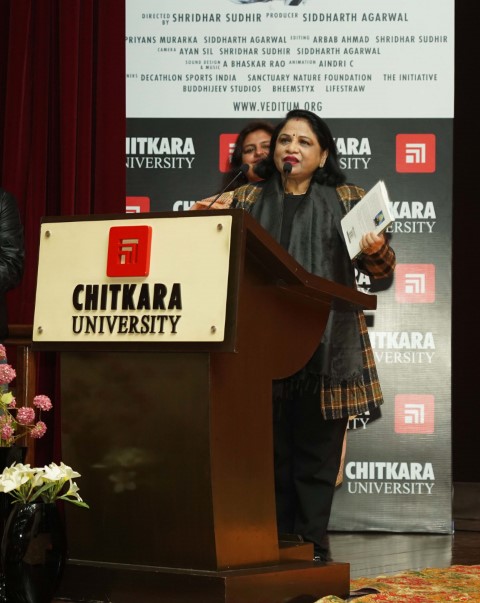 Director of the film Shridhar Sudhir  is a graduate of the National Institute of Design, Ahmedabad, and  has been making independent films, both fiction and non – fiction, in contemporary India for the last five years. Based out of Himachal Pradesh, he is the founder of Buddhijeev Studios, a venture which tries to make vernacular content for the Indian audience through independent films and the youtube channel Buddhijeev.

Also Read :   Vogue Wedding Show in partnership with the Taj Group is back on the 7-9 august at Taj Palace, new delhi

Shridhar Sudhir has been associated with Chitkara Design School from the past one year as an integral member, teaching filmmaking to our students. His movie is a piece of art which gave our students the chance to witness the nuances of independent film-making.

The film includes unique footage that interprets stories from the immediate vicinity of the Ganga. The ‘Moving Upstream’ series is an attempt to document the stories of the rivers of India, bringing out a first person narrative of the river’s condition and life of the people of the basin.

Mr. Shridhar walked for over 500 kms along the Ganga in the final stretch of the Moving Upstream walk, and his documentation forms an integral component of the film.

Renowned Diabetes expert to Conduct Seminar ‘How To Cure Diabetes’

Soak in the Sun and Water as Hotels.com brings the Beach...