NewZNew (Chandigarh) : Haryana’s Education Minister Sh. Ram Bilas Sharma released Sri VPS Rao’s book “Splendour of Jind’s Capital Sangrur in 19th-20th centuries.” This remarkable look, with well- researched text and 69 vintage pictures, is a concise compendium on historical and socio-cultural heritage of Jind, which was the 2nd. largest kingdom of the Malwa region in 19th. and 20th centuries AD. Out of its three main divisions e.g. Jind, Dadri and Sangrur, two now fall in the present State of Haryana and one in Panjab. 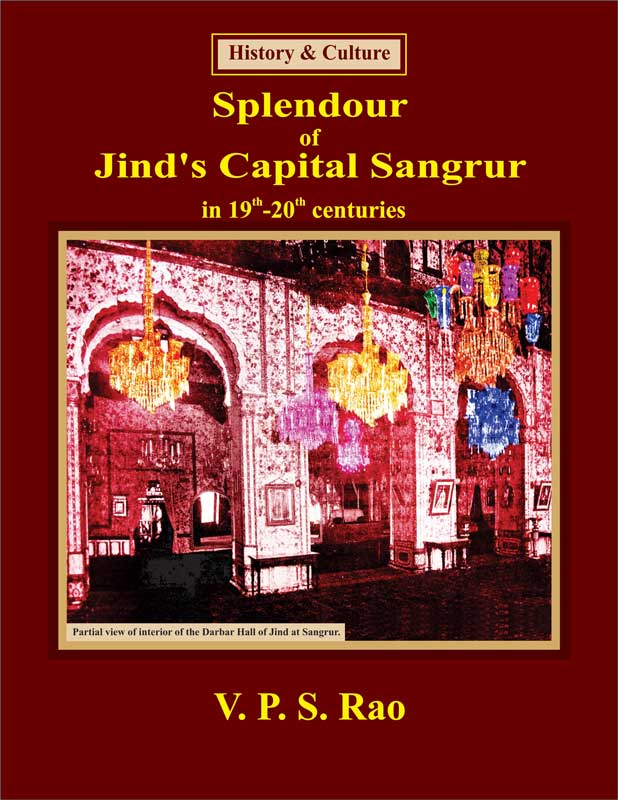 The Education Minister welcomed the publication of this book and said  that it was one of Sri Rao’s most remarkable books. He appreciated that Sri Rao had previously also written very useful books in the spiritual, historical and cultural fields.

This notable book, which is full of vital information along with representative illustrations, lays emphasis on the importance and need of knowledge, preservation and continuation of
cultural heritage, There is a dire need of such literature in view of the emerging trend of attraction, among the Indian public, towards foreign places, people and their ways, which has led to the dangerous situation of losing interest in their own culture. Indian markets are
flooded with foreign literature, which influences the thinking and preferences of the Indian people. Although there is no harm in knowing about  others, yet it is certainly undesirable to lose interest in and knowledge about ones’ own culture. It is a fact that here is no dearth
of remarkable things in India, but many of them are now in a state of neglect due to increasing ignorance of and lack of care by the modern generation.

This beautiful book written by eminent spirituo – cultural luminary Sri VPS Rao, has been produced to present an example to show that such books can be brought out on other historical and cultural places also. It is a beautiful and knowledgeable coffee – table – book
with quality printing on superior art paper, which would cater to the needs of various categories of book fanciers. It has been designed to be useful for teachers, students, research-scholars and general readers ; a proud possession for private and public libraries and fashionable collectors.

Eminent educationists and experts in various fields were present on the occasion.

Clean and clear singing is my only aim- Sahil Johnson