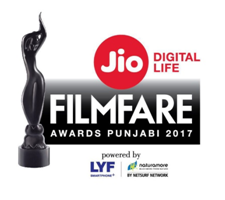 newznew (Chandigarh) : The stars of the Punjabi film fraternity came together to pay an ode to the best of 2016 at the first-ever Jio Filmfare Awards Punjabi 2017, held on March 31st, 2017 at the Multipurpose Sports Stadium in Mohali. The glamorous night witnessed the crème de la crème from the Punjabi film industry descending the red carpet at their fashionable best, for the biggest event of show biz. The night turned a starry affair with electrifying performances and the well deserved took home the coveted black lady. The glitzy award ceremony will be telecasted on MH One Channel.

The hilarious duo Manish Paul and Sumeir Pasricha aka Pummy Aunty played the perfect hosts for the evening as they kept the audience quaking with laughter. Simmi Chahal hosted the second half of the evening along with Arjan Bajwa and left the audience in splits with their witty quips. Singer Ammy Virk’s melodious musical act set the tempo for the night, and actress Surveen Chawlastunned the audience with her mesmerizing performance. Along with this, the exemplary superstar trio Sugandha Sharma, Kaur B and Jenny Johal put up an incredible act as well. Among the notable moments of the evening were Manish Paul and Simmi Chahal’s spectacular performance and the trio Amrit Mann, Dilprit Dhillon, Milind Gaba’s electrifying moves. 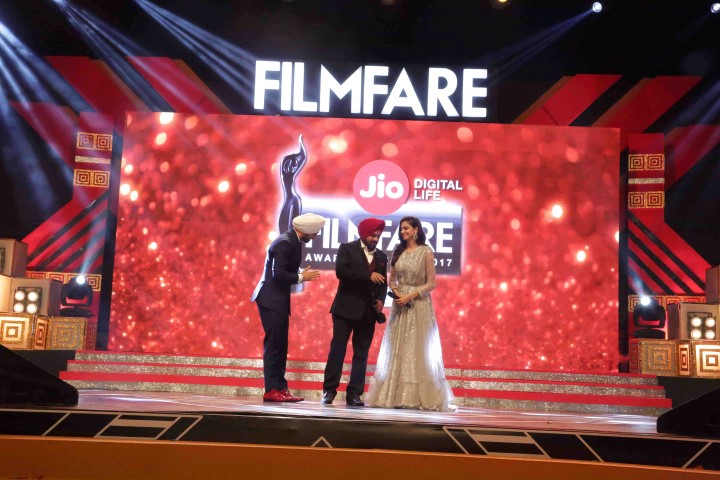 Commenting on the first edition of JIO Filmfare Awards Punjabi, CEO of Worldwide Media, Deepak Lamba, said “The first Jio Filmfare Awards Punjabi is another milestone in the brand’s illustrious journey; and it is with the support of our partners that we are able to expand our horizons with every passing year. The Punjabi film industry is an important cog in India’s regional cinema sphere and is producing artists and films that have made a serious mark in recent times. We are proud to extend the ever growing Filmfare awards franchise to this market and celebrate Punjabi cinema.’’

Commenting on the success of the 1st edition of JIO Filmfare Awards Punjabi, Jitesh Pillai said, “Punjabi Film industry, over the years, has made its presence felt across the nation with combined efforts of talented artists, musicians, and filmmakers. This industry has always been the contributor of exceptional performances to the Indian cinema. We felt the need to recognize and honor these outstanding performances and hence decided to have our 1st ever Filmfare Punjabi awards. It gives me immense pleasure to have witnessed the success of its first edition and we will continue to honour the truly deserving talents that are a part of this industry.” 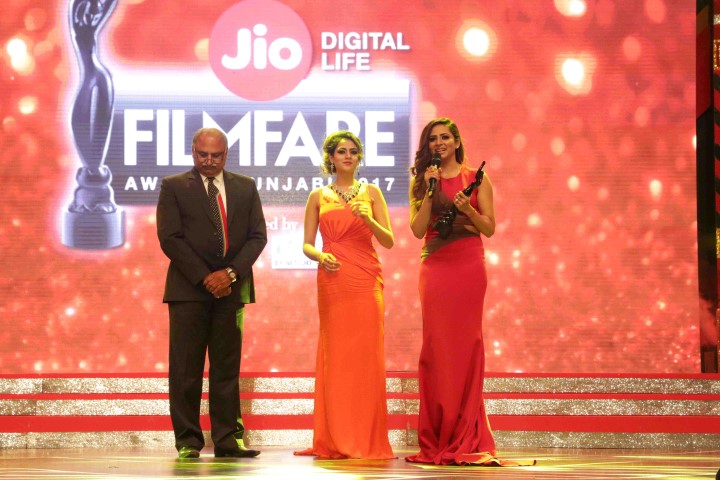 The audience was ecstatic when Diljit Dosanjh bagged the Best Actor award for his performance in ‘Ambarsariya’. Actress Sargun Mehta was honored with the Best Actress award for her outstanding performance in ‘Love Punjab’. Rounding up, the top winners were ‘Bambukat’ which was awarded the Best Film and Pankaj Batra bagged the Best Director award.Jio Lifetime Achievement award was given to legendary Punjabi actor Yograj for his contribution to the Punjabi cinema and ‘The Living Legend award’was given to Gurudas Mann, which was presented to him by young fans.

Title sponsor of the grandeur event was Jio, the event was powered by LYF and Naturamore. The telecast partner of the first edition of the most iconic awards was MH One, whereas the Metal Partnerwas Lumineux Uno. The radio partner was Radio Mirchi, Online Jewellery partner was Nakshatra World, multiplex partnerwas Orienta Cine Advertising. TheEnergy Partner was LMES and Orienta Cine Advertising was the multiplex partner. The Trophy Partner was The Award Gallery and Netsurf Entertainment was the Production Agency. Show Direction & Artist Management was done by Prabhjot Mahant & Manjeet Hans of Prinday and Technical Direction & Stage Management was done by On Cue Productions. Acts were Choreographed by Zenith Dance Troupe and the Script Written by Deepak Isser.

Meenakshi Chaudhary dazzles in Pink on the cover of Lifestyle magazine!