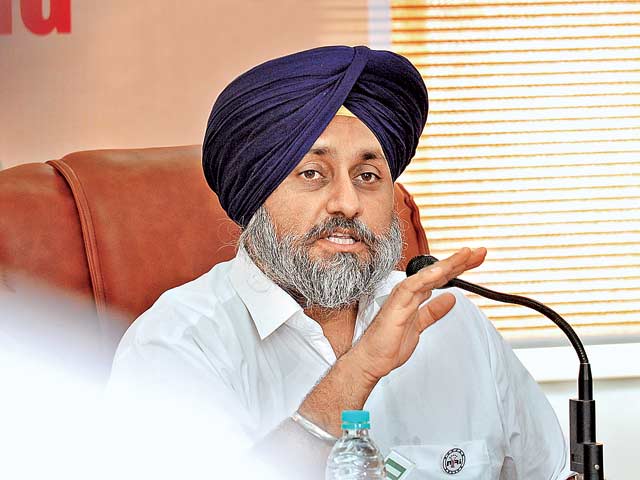 NewZNew (Chandigarh) : The Deputy Chief Minister of Punjab Mr. Sukhbir Singh Badal today stumped the opposition by asking them if they could recall a single major development work or any social welfare scheme launched by the erstwhile Congress Government during 2002 -2007.

Taking part in the Budget debate he said that land mark projects and schemes had been initiated during the SAD-BJP rule since 2007. He said that on the development front Punjab had been made power surplus and major projects including Bathinda Refinery, Mohali International Airport had come into reality. On the social welfare from besides free power supply to farmers and subsidizing power to SC families innovative scheme like Atta-Dal, Shagun Scheme, Bhagat Puran Singh Health Scheme and Sports Kits distribution had been initiated. The Deputy Chief Minister provided these details after the Leader of opposition as well as congress legislature fail to answer his query when asked a name first five and then even one major development projects by the former congress government. The oppositions failed to tell any social welfare schemes initiated by the congress government.

Participating in the debate the Deputy Chief Minister detailed how congress had defamed Punjab, he said that congress vice president had initiated this defamation exercise by blaming that 70 percent of the Punjab youth were drug addicts, this despite the GNDU study that 70 % of the simple study of drug addicts were youths. “The Punjab Congress has done a great disservice to the state “ he said while stressing that the Punjab Congress was continuing its exercise to defame Punjab and Punjabis despite knowing that its vice President had released false information on drug addiction.

Mr. Badal said that he decided to take on the false propaganda boldly and reached out the people to tell the true facts after industrialists in Mumbai asked whether they would be able to get workers for factories. “ I then understand this was propaganda which was effecting Punjab’s image and decided to present a correct Picture before the people.”

Thanking the Union  Government for giving special attention towards Punjab, Mr. Badal said that Centre has done a lot for the state and trucks loaded of money have come to the Punjab. He said that it was a historic fact that only in first 3 months Union Government has sanctioned road projects worth Rs. 20,000 crore besides giving Rs. 920 crore for renovation of “Rajbahas”. Besides  that announcement to set up AIIMS , Horticulture research institute and special package for Amritsar were the other key projects allotted by the NDA Government. 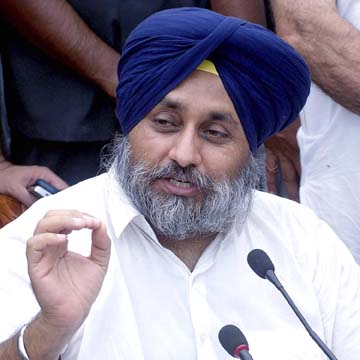 The Deputy Chief Minister said that “Productive debt was always good”. He said  that Punjab have registered 100 % growth rate in debt against the 128 % in kerala, 140 % in Andhra Pradesh, 103 % in Gujrat.  He also congratulating the Finance Minister for bringing the debt at 31 % of  the GDP against the target of 38 % given  by the finance commission.

He said that  opposition party had always creates hue and cry over the industry issues but reality was on the different side as during the congress government only 757 new units were set up annually where since 2007 the figure reached to 2019.  He said that besides 29 IT companies many Multinational companies like ITC, Ayur, Amul and Kargill are in the process to set up units in Punjab.