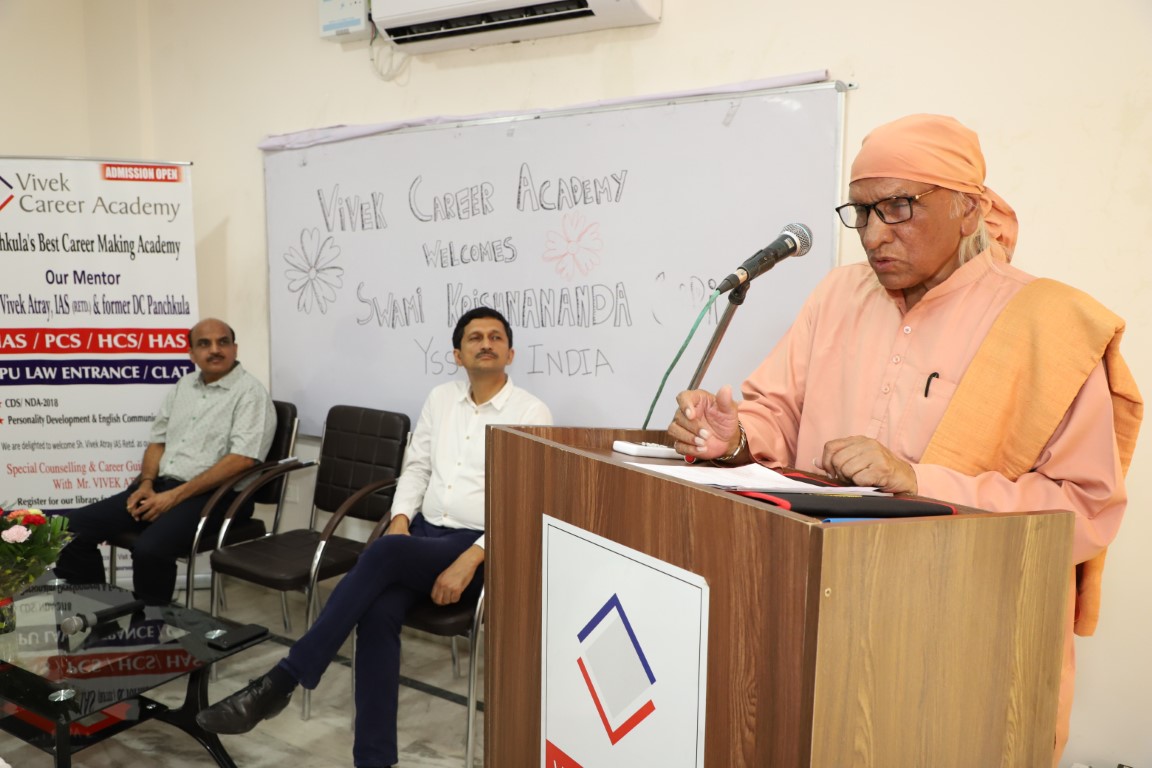 The speaker was Swami Krishnananda Giri, a senior monk of the Yogoda Satsanga Society of India (YSS) founded by Paramahansa Yogananda in 1917. Swami ji is an Electrical Engineer from IIT Bombay and has been a monk for more than 45 years. He has travelled to many countries and States of India and delivered talks there.

Swami Krishnananda Giri spoke on how the truth and honesty always pay dividends in life. He inspired the students by relating stories from ancient India and the scriptures.

His talk was based on the How To Live  teachings of Paramahansa Yogananda who was the author of the much acclaimed book The Autobiography Of A Yogi.

About 75 students and guests attended the session and interacted with Swami ji.

The new MINI with Improved and Inspiring Product Substance. Arrives in...