newznew (Chandigarh) : The viewers of Sony SAB are in treat for a sweet little tiff between the two veteran actors Akhilendra Mishra and Sharat Saxena. In the show Khatmal –E-Ishque, where the two actors play the role of Samdhis i.e In-Laws and father to the lead couple Kapildev (Vishal Malhotra) and Lovina (Umang Jain) would been seen in a constant spat. 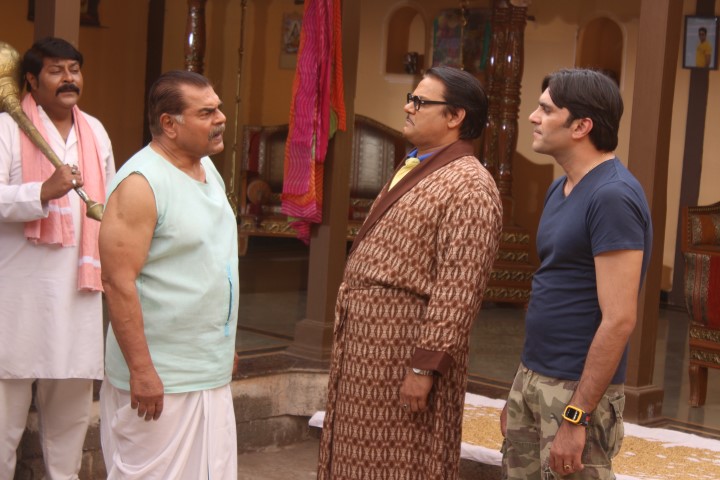 Resounding with Lovina’s parents, despite all the odds, Kapildev takes them to meet his parents in Uttar Pradesh (UP) only to invite more trouble for himself. When Lovina’s dad, Mr. Dolphy D’mello (Akhilendra Mishra) reaches UP with his family to meet Kapil’s dad, Hanuman Singh (Sharat Saxena) he finds him very familiar. Later the same day, Mr. D’mello notices Hanuman Singh’s picture from his youthful days and suspects him to be the same smuggler which he had been looking for years. Being doubtful and uncertain Mr. D’mello decided to spy Hanuman singh.

Speaking with Akhilendra Mishra he added, “Both the father doesn’t like each other. But for the sake of their children they decide to be calm. Mr. D’mello is suspicious that Hanuman Singh is a smuggler and spy on him. Unknown to others these two keep intimidating each other. This creates a lot of funny moments that are worth to watch.”