Hosting the session on ‘Celebrating Instant Cricket’ on the 2nd day of Play Write 2018, a first-of-its-kind Sports Literature Festival in India, Vivek Atray (former IAS and Co-founder of the event) expressed his thoughts on how the T20 format of the game has matured over the decade. 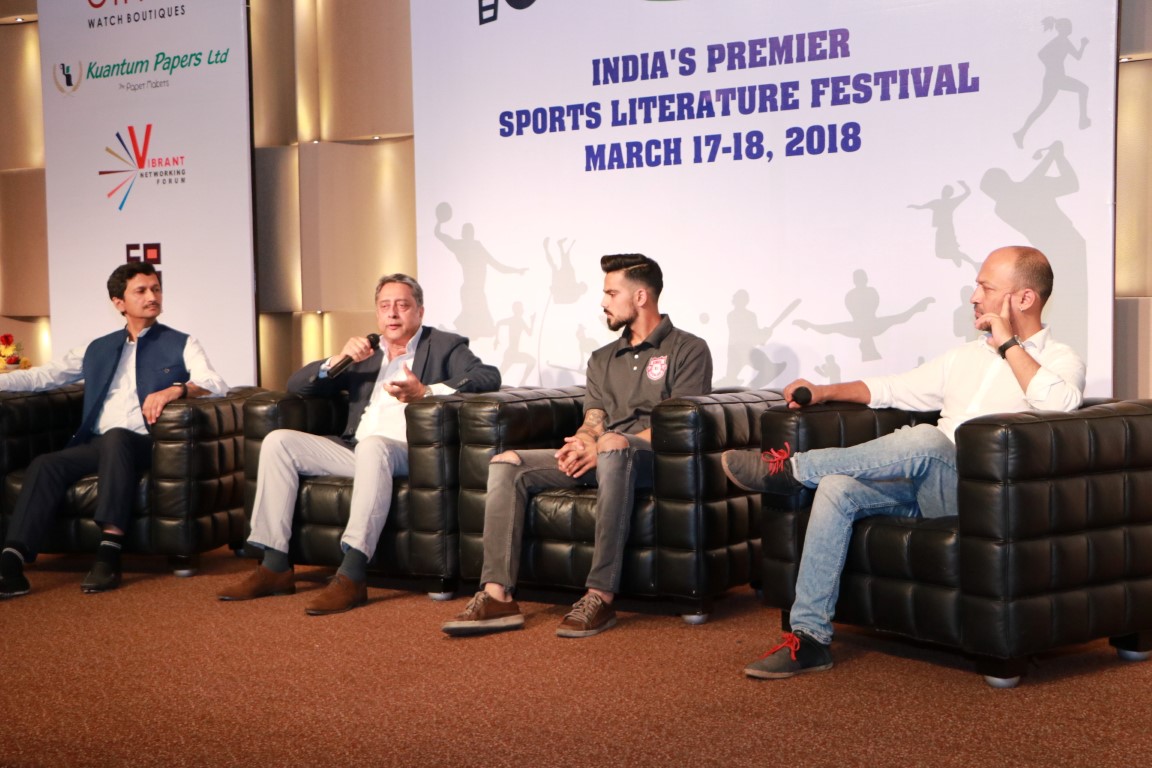 “While the purists may still not approve the instant version of the game, there’s no denying the fact that the instant cricket has matured beyond imagination! For instance, about ten years ago, when IPL began, it used to be thought that T20 is only for fast bowlers but now spinners are much sought-after! The game has begun scientific based on meticulous planning and scientific coaching,” he remarked.

Adding to Atray’s thoughts, Amrit Mathur, Sports Writer, said, “These days, the young kids are specifically learning T20 techniques of playing cricket. This shows how we have come a long way in this format of the game.”

Talking on the essence of cricket being diluted due to heavy commercialization of the instant format, Anupam Mukerjee (aka Fake IPL player) commented that he doesn’t have any problem with the instant cricket as long as it is not constant!

Mayank Dagar, the young cricketer from the current KXI IPL team, said that he idolizes Virat Kohli and is a fan of the way he’s set fitness standards! “Virat has totally revolutionized the way cricket is played and it’s amazing to see the aggression with which he plays,” said Dagar who’s also the nephew of Virender Sehwag.

Beat the Heat this summer with Bestech Mall