The boys Juggy D & Amit Rai are back in town with UB1: Alongside a reggae/dub style intro and an old-skool Bhangra beat influenced melody, vocalist Juggy D, music producer Amit Rai and MC and Rapper Sting-A-Man pay tribute to the 90s critically acclaimed Southall sound that is sometimes forgotten, but always remembered in high esteem by Bhangra fans worldwide. 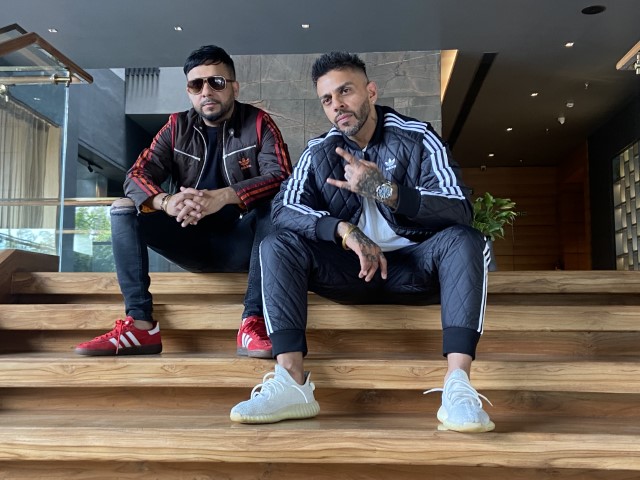 The accompanying video finds the trio cruising through the streets of UB1, their hometown, putting the iconic Southall Broadway back on the map in a fast-paced, retro-styled film directed by Whiz, mirroring the mood of the song, and escaping back to a nostalgic era in West London’s music history.

The boys have been in the music industry for over 20 years each and have all earned their own individual statues as bona fide West London music trailblazers. Vocalist Juggy D has taken his modern Bhangra style and dance globally with anthems like “Nahin Jeena” (2002), “Dance with You (Nachna Tere Naal)” (2003) and “Sohniye” (2004) still very much part of any celebration or event.

He is one of the first Southall-born Punjabi’s to have taken his sound mainstream with ground-breaking collaborations and consistently tours the world championing his self-made stage show. AmitRai, who lived just off Southall Broadway during his formative years, has used the wealth of local sounds and influences to deliver iconic songs such as “BaggaBagga” and “England” which remain evergreen classics. Sting-A-Man, the founder of the Sting Road show company, remains a legendary DJ name and a leading name of the 80s and 90s music scene.

There’s Juggy pulling off his signature smooth dance moves, Amit wheeling and dealing on his Nokia City man brick mobile, and Sting-A-Man just taking in all of the positive vibes, laid back as usual! Welcome to the tribute to the throwback vibes and influences Southall has given to a generation of Asians in all walks of life and a nostalgic flashback to a movement that still has a very valid imprint on the sound of UK Bhangra music.

Parag Milk Foods expands its reach in the Northern India

NEP sets the vision of developing an equitable and vibrant knowledge...