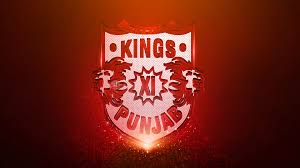 NewZNew (Chandigarh – Kulbir Singh Kalsi) : The lions of Kings XI Punjab are getting ready to  conquer the field and kick start the season by commencing the camp on April 3, 2015 at MCA International Stadium, Pune. Players namely Beuren Hendricks, Parvinder Awana, Wriddhiman Saha, Anureet Singh, Shardul Thakur, Shivam Sharma, Nikhil Naik and Yogesh Gowalkar will be a part of the camp. These players will be joined by the likes of Virender Sehwag, Manan Vohra, Murali Vijay and other international players April 4, 2015 onwards.

Commenting on the occasion, Fraser Castellino, Chief Operating Officer, Kings XI Punjab, said, “We are happy to mark the beginning of IPL Season 8 with the camp starting at Pune. We are excited to explore our new home ground and look forward to connecting with fans. The team had a great season last year and we hope to continue the same momentum this year as well. Under the guidance of Sanjay Bangar, R. Sridhar and Joe Dawes, we are sure the team will perform exceptionally well.”

Sanjay Bangar, Coach Kings XI Punjab, said, “Last year was a good season for us and we would want to carry on the winning spree this season as well. We have a well balanced team and the entire coaching staff is positive about the team’s performance. As a part of this camp, we will focus towards working on the strengths and improvement
areas of the players and look forward to a great tournament.”

5 Reasons to Start Your Study in India