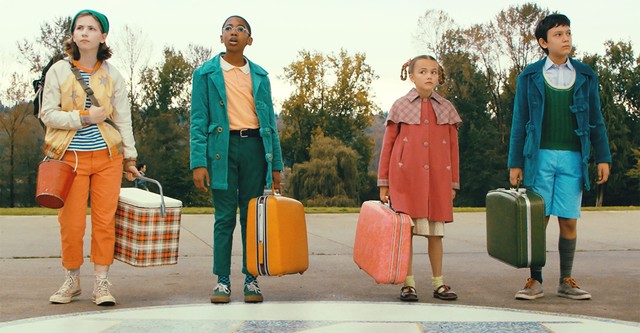 Within a couple of weeks, the series has gained a spectacular fanbase across the globe and even on Rotten Tomatoes it has gained a rating of 85%, meanwhile, although the series has a slow finale, the performance of the supporting cast is definitely watch worthy.

Moreover, it has been reported that the series will contain a total of 8 episodes, out of which 4 episodes have already been released by the creators.

The genre of the TV series is Mystery, Adventure and family drama and is initially based on a young adult book series, written by Trenton Lee Stewart. It is developed by Phil Hay and Matt Manfredi and is produced under the banner of 20th Television Fanfare, Slavkin Swimmer Productions, Sonar Entertainment and Family style. Moreover, Theodore Shapiro and Joseph Shirley have given the music in the series.

The plot of the series revolves around the four kids who are hired by Mr Benedict for a risky and delicate mission to invade a school named, The Institute. The school is operated by Mr Curtain, who is sending messages that invades one’s mind, allowing him to shift views and ideas into the minds of the individual. Thus, the sole purpose of Mr Benedict in sending these four kids to the ‘The Institute’ is to save the world from the hands of Mr Curtain.

Tony Hale is portraying the role of Mr Benedict, as well as the role of Mr Curtain in the series. Meanwhile, Kristen Schaal, Maame Yaa Boafo, Ryan Hurst and Gia Sandhu are playing as Number 2, Rhonda, Milligan and Miss Perumal. Apart from these casts, the series also includes other supporting characters including Mystic Inscho as Reynie Muldoon and Seth B. Carr in the role of Geroge Washington aka Sticky. Saara Chaudry, Katherine Evans, Shannon Kook and Ben Cockell will also be seen making a guest appearance in the series.

The last episode of “The Mysterious Benedict Society” aired on 9th July 2021, in which we witnessed that the four kids conceive a plan for cheating the next exam and at the same time tries to sneak peek into the journal of Mr Curtain. Meanwhile, Number 2 and Rhonda also clash over the decision making part.

So far, the episode is getting more and more intriguing and at the same time immensely adventurous. The next episode of this series, that is, “The Mysterious Benedict Society Episode 5” will release on Disney + on 16th July 2021. Moreover, since the series is close to its end, it is for sure, that a lot of fun, adventure, thrill and mystery is waiting for the audience.

International Conference on Sustainable Skill Development to kick off on Thursday...