NwewZNew (Chandigarh) : Hungama Games, the gaming arm of Hungama Digital Media Entertainment Pvt Ltd has developed the official game for Balaji Motion Pictures’ upcoming superhero movie – A Flying Jatt.  Lead actor Tiger Shroff, and Director Remo D’Souza launched the official game at an event held in Mumbai. Tiger and Remo picked characters from the movie within the game and competed by racing against each other to the finish at the event. 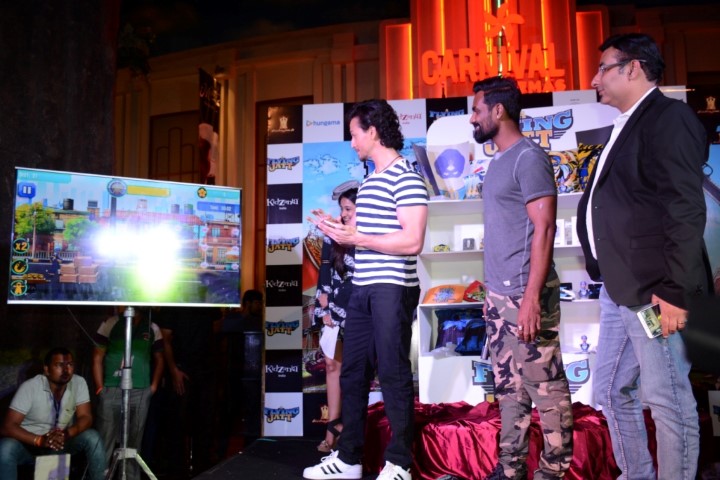 Available on Android and iOS smartphones, A Flying Jatt – the game is an endless runner game with an aim to travel as far as possible, collect coins, and avoid obstacles. Also available on Tata Sky and Airtel Digital TV, it features the three lead characters of the film, Flying Jatt (Tiger Shroff), Kirti (Jacqueline D’Souza) and Raka (Nathan Jones) and players can play the game as their favorite character. The game can be played with simple tap and swipe controls. It is also linked with social features such as Facebook and Twitter score sharing, and also allows players to challenge their friends across these platforms.

The game also comes with a multi-player mode allowing gaming enthusiasts to challenge friends and other players across the globe. The multi-player mode is divided in two sections – the One-on-One and the Knock Out challenge. The Knock Out challenge allows players to race against 4 others and the player in the last place gets eliminated automatically every 30 seconds. The last man standing wins and is the Champion. Players can also use different objects to power up while racing.

Commenting on the game, Tiger Shroff said, “I had a blast playing a superhero in the film, and it’s extremely exciting to see such a unique avatar of myself in this game. I have tried my hand at it, and I think that the game is simple to play and very engaging. I am definitely going to enjoy binge playing it during my free time. I awaiting the film’s release and I hope both, the game and the film is loved by everyone, especially kids.”

Director Remo D’Souza said, “It has been such a fun experience working on this film with Tiger, Jacqueline and Nathan. It is my first superhero film and I am humbled by the love and appreciation we have received so far. I have played the game with Tiger and we have had such a fun time challenging each other. I hope everyone enjoys the Flying Jatt game as much as we have. The animation is great with the characters resembling Tiger, Jacqueline and Nathan’s characters in the film.” 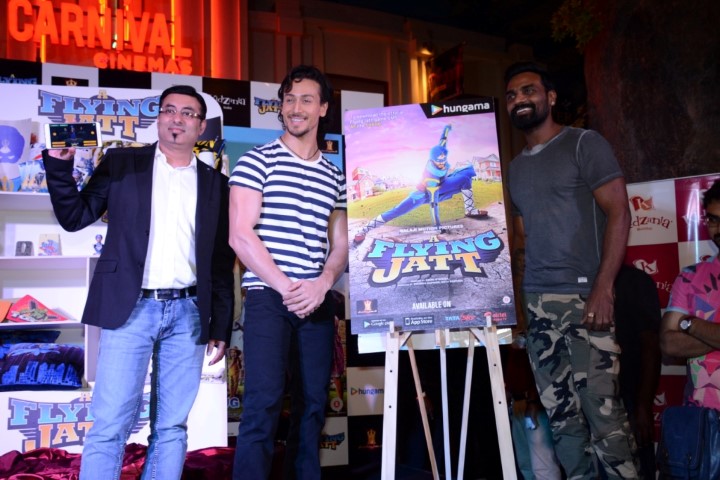 Speaking on the launch Siddhartha Roy, CEO – Hungama.com said, “As much as tiger and Remo have enjoyed making the film, we have enjoyed making the game. Games have increasingly become an integral part of the movie marketing and promotion plan. After successfully launching games like Brothers, Krrish 3, Happy New Year etc. we are very excited to bring the Flying Jatt game for young fans of the movie and gaming enthusiasts alike. We hope that everybody who plays the game enjoys the experience as much as Tiger and Remo have today.”

Also Read :   Yellowstone Season 4: Why Wasn’t It On Tonight?