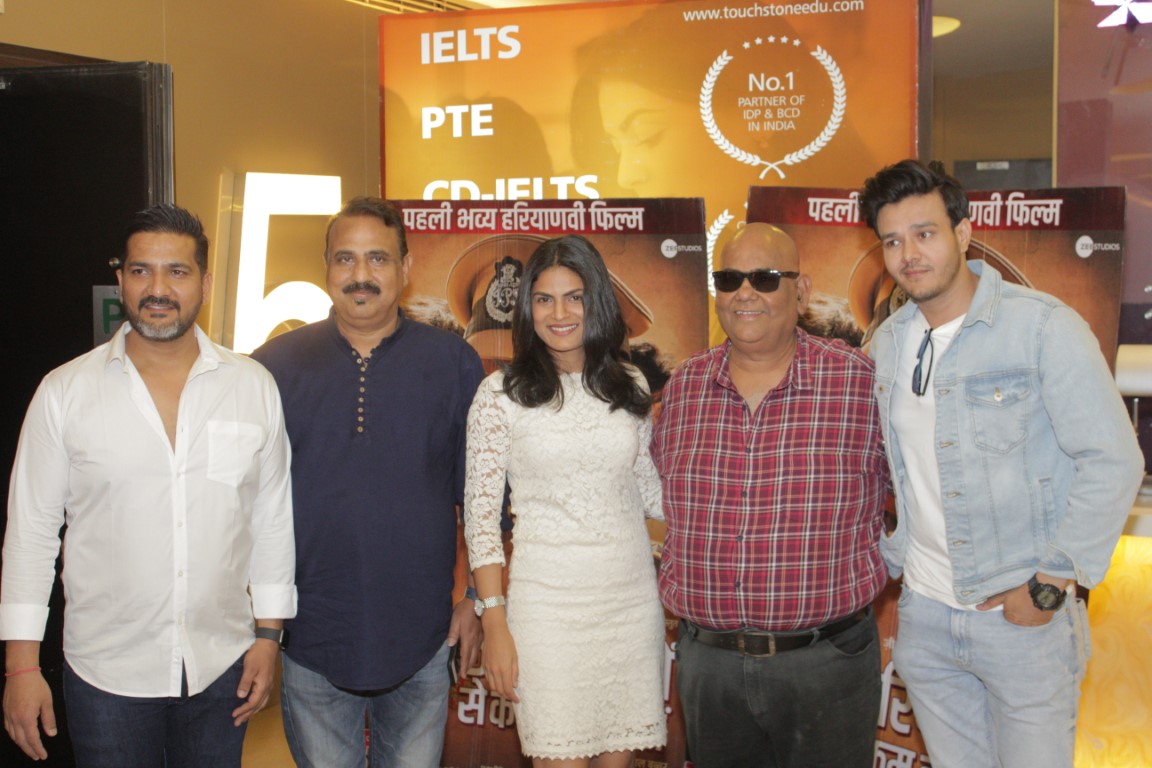 Actors Satish Kaushik, Aniruddh Dave, Rashmi Somavanshi and director Rajesh Amarlal Babbar among other members of the cast were present at the event. Prominent local heroes—women police officers—along with school kids were also felicitated at the event furthering the important social message of gender equality that is portrayed in the film.

Speaking on the film, Shariq Patel, CEO, Zee Studios said, “We are happy to join hands with Satish Kaushik to present our first Haryanvi film, a poignant story that establishes the importance of gender equality in our society. With this film, Zee Studios continues to back essential stories that need to be told”.

Director Rajesh Amarlal Babbar said, “It’s a feeling of great pride for me that my film’s trailer was launched today. The film revolves around women empowerment and takes a bold step in spreading the message not only in Haryana but to the rest of the world that a girl child is not less than a boy in any sphere of life”.

Producer Nishant Kaushik adds, “In recent years, regional cinema has grown by leaps and bounds. After the success of films like Dangal, Tanu Weds Manu which made Haryanvi language widely popular, we at The Satish Kaushik Entertainment, along with Zee Studios, want to push forward our dream of establishing Haryanvi film industry and make it a successful one.”