Home Chandigarh Tree Plantation And Skit Organised On World Population Day
Facebook
Twitter
WhatsApp
Email
Print
Maharishi Dayanand Public School, Daria, Chandigarh, organized a skit and tree plantation campaign on the occasion of World Population Day in collaboration with the Environment Department, Chandigarh. The children expressed through the skit that continues increase in  population could result in  imbalance in the environment. Students said that a small family was essential for a clean environment.  They conveyed the message that glaciers were melting due to continuous human population on Earth. This would threaten the existence of humans in danger. The environment is being adversely affected due to continuous cutting of trees. Students said that if the population was low then the environment would remain clean. They also stressed upon more planting of trees for cleaner and safer environment.  After the Skit, students took part in tree plantation with  Pardeep Triveni  Secretary of the Triveni Foundation.  Acharya Ashok Kumar presided over the program. A Guava trees has been planted in the school while mango and Jamun trees have been planted in the open area of the panchayat. Sarpanch Gurpreet Singh Happy of Gram Panchayat welcomed the initiative of tree  plantation take  by Maharishi Dayanand Public School and triveni Foundation in the village. 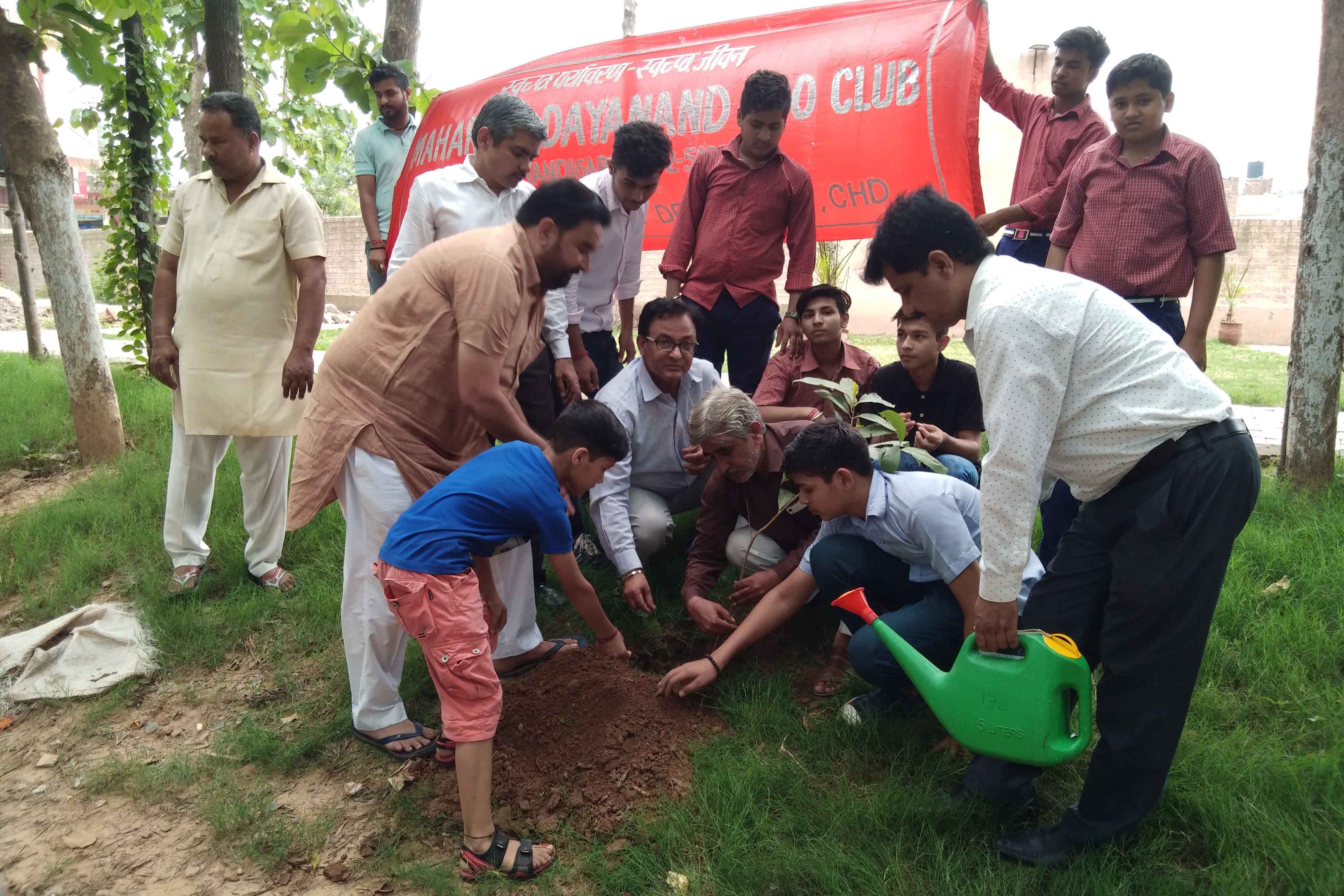 On this occasion, the school principal Dr. Vinod Kumar said that the masses were affected by the population. Due to population growth, men were cutting trees at a fast speed. Due to this ignorance, he is endangering his life and others. Control of fast growing population is necessary.
Also Read :   Cleopatra Training Academy hosted a day devoted to Felicitation & Aesthetics

Will Pluto be promoted to the status of a planet again...

All branches of Welfare Department to come under one roof –...