President Trump on Wednesday talked tough on trade ahead of the G-20 summit later this week in Germany. The United States made some of the worst Trade Deals in world history,” Trump tweeted.

“Why should we continue these deals with countries that do not help us?”

The United States made some of the worst Trade Deals in world history.Why should we continue these deals with countries that do not help us?

Trump is headed to Germany later this week to attend the summit of rich and developing nations. The president often talks about negotiating better deals for the country under his “America First” policies. 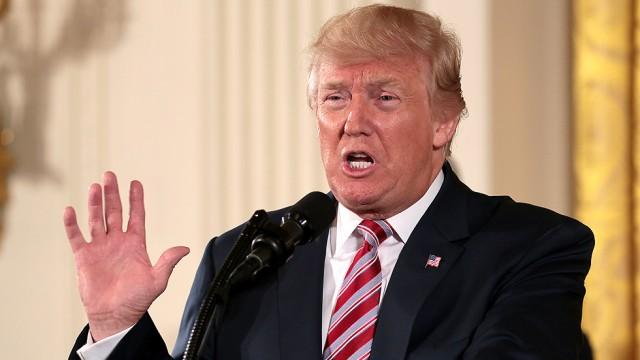 Last week, Trump touted a new sugar trade agreement with Mexico, saying the deal is a “very good one for both Mexico and the U.S.”

“Had no deal for many years which hurt U.S. badly,” Trump tweeted last week.

His most recent tweet comes after reports that representatives from the European Union and Japan are working toward signing a free trade deal later this week.

“Leaders are expected to announce a political agreement on the EU-Japan free trade agreement,” the European Council said, according to Reuters.

“It is important for us to wave the flag of free trade in response to global moves toward protectionism by quickly concluding the free trade agreement with Europe,” Japanese Prime Minister Shinzo Abe told ministers at a meeting on Tuesday.

New Nissan KICKS is an ‘Official Car of the ICC...