NewZNew (S A S Nagar) : Universal Group of Institutions organized a seminar on Road Safety and traffic rules in association with GMR, AMB-CHD Expressways. Brajesh Gupta North Zone Head, GMR and Shiv Kumar Sub divisional Magistrate,Dera Bassi were key note speaker at the moment. The aim of the seminar was to inculcate virtuous traffic sense among students and help reduce the rate of daily accidents .Students were given live demonstrations so that students might adopt this technology subconsciously. During the morning session different rules & road signs were elaborated to the students. Safety measures i.e. traffic signs, signals, zebra crossing, footpath and use of traffic lights were explained to the students. Importance of ISI marked helmet was also explained by them. Later, myths and basic traffic rules which are not much discussed among teenagers were also explained. 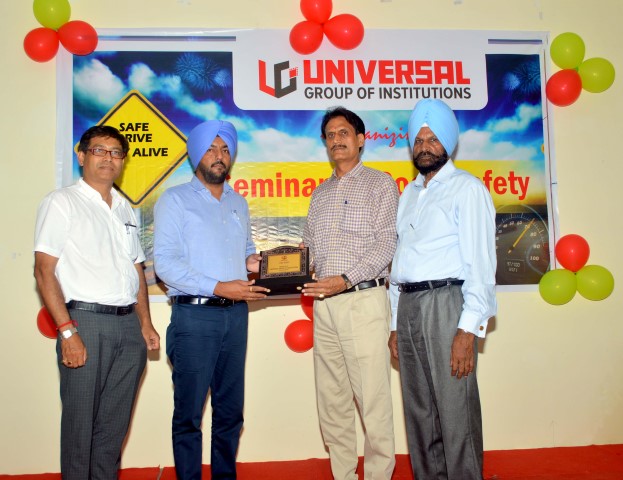 Dr. Gurpreet Singh, Chairman, UGI said at the moment that the reasons like excess speed, human failures, cell phone driving, drink and drive, disturbed roads and faulty machinery are the reasons for several accidents, but yet due to above reasons, the drivers are losing their attention. So, he advised the students to drive the vehicles with utmost concentration and attention to avoid accidents as accidents that occur on roads are merely because of trivial negligence, which can easily be rectified and mishaps can be avoided. He later ,motivated students to follow the traffic rules   to avoid traffic accidents urged them not to drive without driving license ,helmets and seat belts for safety.

5 Reasons Why Game Designing is the Next Big Thing