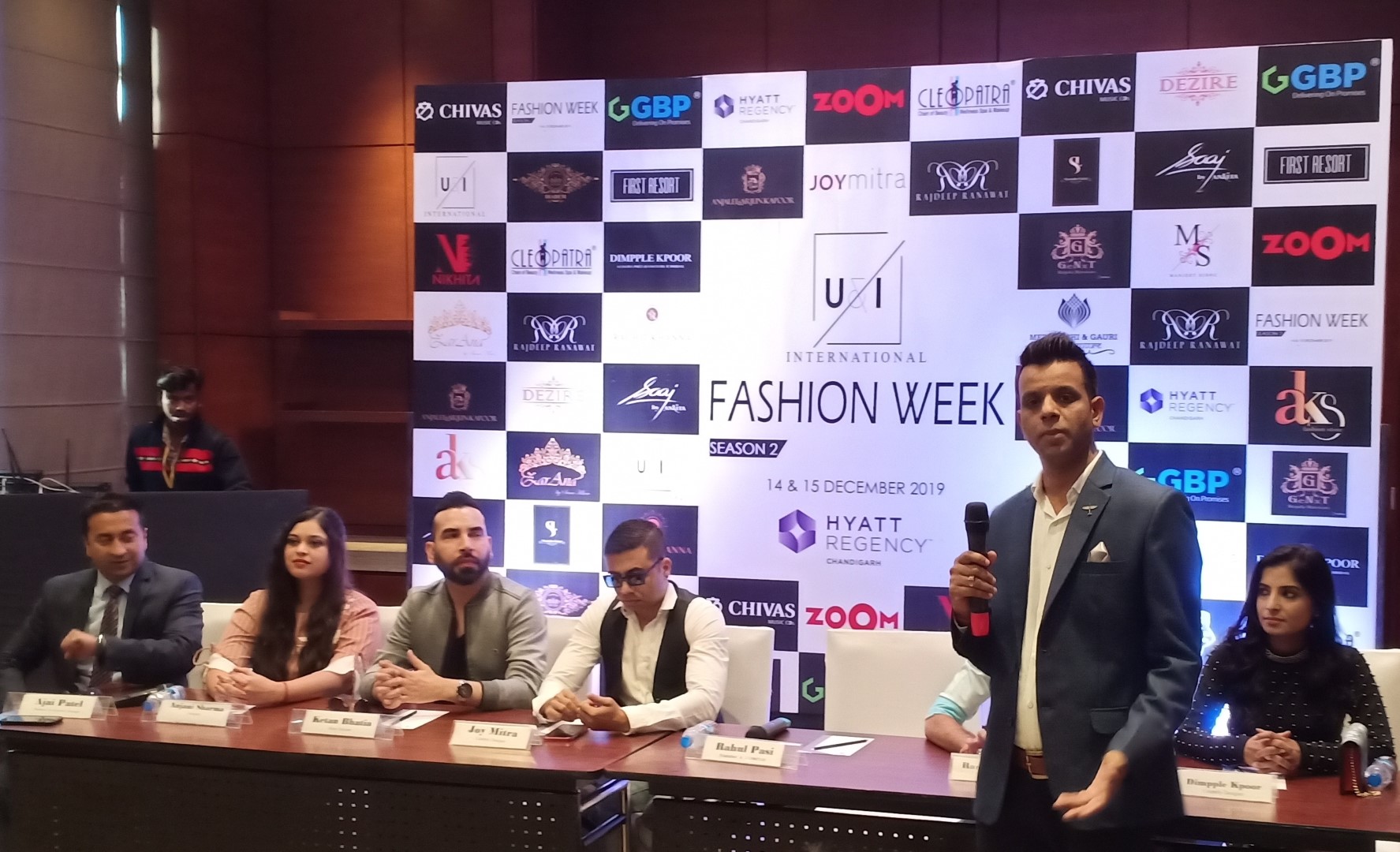 Isha Sharma, Event Manager, said, “Season 1 of the Fashion Week was held at Vivanta by Taj, New Delhi The special collection by Arjun and Anjalee Kapoor will be showcased  on 14th December finale. Designer Sonalika Sahay, Deepti Gujral, Amanpreet Wahi and Rashi Rao will be present at the show with their latest collections and theme based ramp.”

Also Read :   When it was 'end of world' for Lily Collins

Celebrity designer Joy Mitra said, “I am quite excited for my first show in Chandigarh. My work is mostly on textile. I am trying to promote original prints of Bengal and other regions. Bagh Print will be my main attraction in this show.”

Show director Ketan Bhatia said, “I am coming back to City Beautiful after a gap of almost 1.5 years. It is very rare that a fashion week of this level happen in Chandigarh. We are waiting for the mega event eagerly. I was part of the Season 1 also.”

Designer Anjani Sharma said, “This will be my first show here. My collection is Secret Garden, which is about a woman who wanders alone in a forest. The collection depicts a lot of wild flowers and Goddess of beauty.”

Chandigarh based designer, Rachit Khanna said, “My collection is named as Tareef, which represents royalty and luxury. I have used a lot of gold and traditional stuff in my designs. You will also find bellbottoms in my collection.”

U&I International is a world-class event management company headquartered in New Delhi. The company represents professionals including models, makeup artists and renowned fashion designers from major cities across the globe.