Upcoming Movie ‘Yaara Ve’ Star Cast, Story, Official Poster released, Yuvraj hans, Monica Gill  : The upcoming movie ‘Yaara Ve’ has always been in the headlines since its announcement due to its story, its relativity to people, its backdrop, or change in its release date. 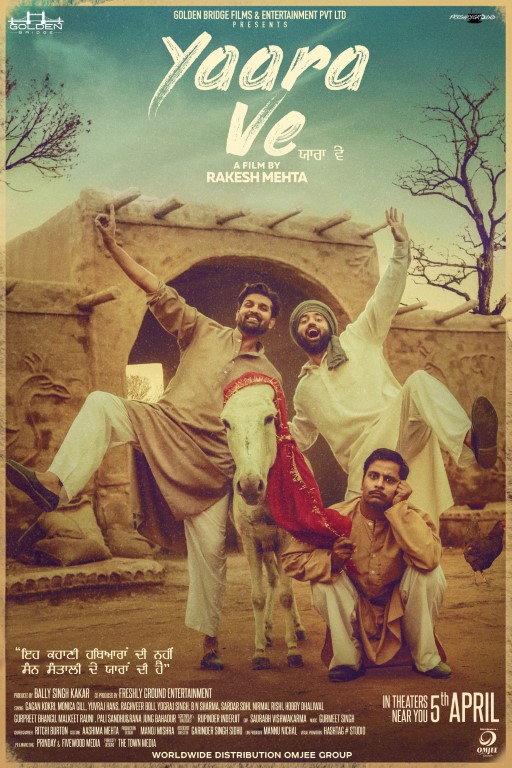 1Now, the official poster of the film has been released. ‘Yaara Ve’ will hit the theatres on 5th April 2019.

The story of the film revolves around three friends of different religions in pre-independent Punjab and how the announcement of Indo-Pak partition changes the situation.

The director of the film, Rakesh Mehta said, “Film making is my passion and I try my best to make it as realistic and authentic as possible. Yaara Ve is one such film which will definitely impact audiences emotionally. As it is a family film based on pre independent era, the biggest challenge for us was to make it as it belonged to that era. Considering the importance of poster for any film, we took quite a long time to design one for Yaara Ve. Because it is the poster that gives the gist of the film. We just hope people will love the poster of Yaara Ve.”

Bally Singh Kakar, the producer of the film said, “I am from London, so knowing the minute details about the culture of Punjab that too of some other time period was a challenge for me. So I completely trust Rakesh Mehta and his research on that part. I personally like the poster of the film very much. Trailer of the film will be out soon.”

Unified School Operator in Form No. 2, will not fill the...

City to host Punjab Half Marathon on Jan 27