Upcoming Punjabi Film Chidi Udd Kaa Udd announced by Teg Productions : Punjabi filmmakers are on a roll these days. Several projects have been announced by various production houses and looks like Punjabi movie fans are going to continue celebrating in 2019 as well. One more reason to celebrate is the announcement of another film titled ‘Chidi Udd Kaa Udd’ by Teg Productions. 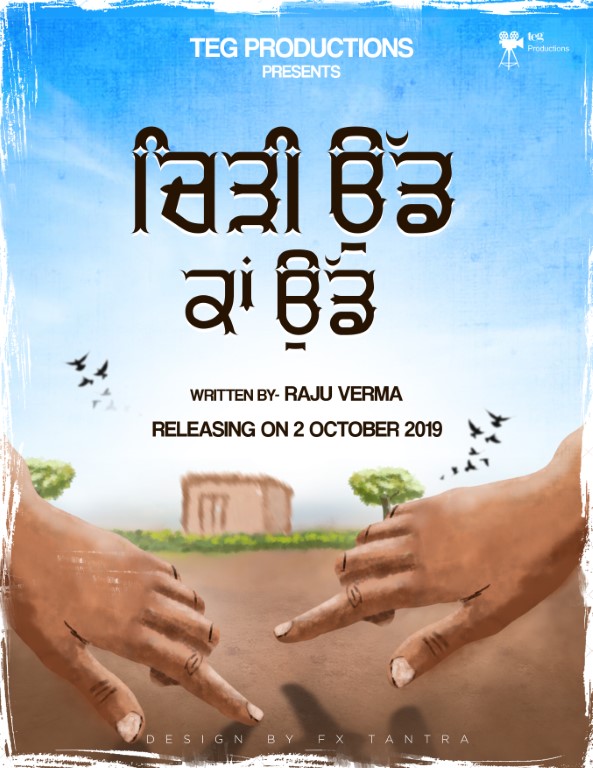 Charanjit Singh Walia and Tegbir Singh Walia of Teg Productions announced their next written by Raju Verma ahead of the release of ‘Aate Di Chidi’ on 19th October. Other details of the film are yet to be revealed. They made the announcement on the press conference held at Chandigarh recently. They also revealed the title poster of the film at the event.

Talking about the same, Charanjit Singh Walia and Tegbir Singh Walia told, “We want to make family-oriented films with some meaning and message in it. Our idea is to present Punjab’s culture without really getting serious. We have special focus on addressing the topics and issues in a gentle and humorous way. Raju Verma is a very talented and far-sighted writer. You’ll know his potential and his art of storytelling in ‘Aate Di Chidi’. It is our pleasure to collaborate with him yet again for a project. We are sure people will appreciate ‘Chidi Udd Kaa Udd’. Wait for 2019; it’s going to be one great year with some spectacular films.”