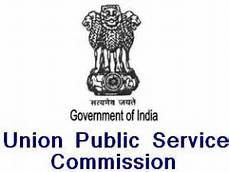 UPSC Prelims exam is being conducted today by the Union Public Service Commission (UPSC) across multiple centres in 72 Cities across the Country. UPSC Civil Services Examination prelims or IAS Prelims is conducted each year to select officers under Group A and Group B posts in Indian Civil Services. For the year 2017, there are around 980 posts notified under various cadres including Indian Administrative Service (IAS), Indian Foreign Service (IFS), Indian Police Service (IPS) and others. For each year exam, over 1 million candidates fill the application form while some 50-60% actually take the prelims exam.

The online applications for UPSC Civil Services exam 2017 were filled from February 22 to March 17 and the admit cards were issued to all the eligible applicants on May 22. All the applicants were required to appear for the UPSC Prelims exam, based on which the candidates will be shortlisted for further selection process comprising of Main exam and Interview.

The candidates equal to 12-13 times the number of vacancies will be declared eligible for the Main exam which is proposed to be conducted in 24 major cities across the Country. The main exam comprises of 9 papers, subjective in nature.

Considering the sanctity of the UPSC Prelims exam, elaborate security arrangements were made for the exam. Strict instructions were given to the aspirants for the preliminary exam which included dress rules also. Along with the appointment of invigilators, zonal magistrates, sector magistrates and police force was deployed for the smooth conduct of the exam. At several places, the arrangements of smooth transport services were also made to help the applicants reach the test centers.

Infosys Appoints Karmesh Vaswani as the Global Head of Retail